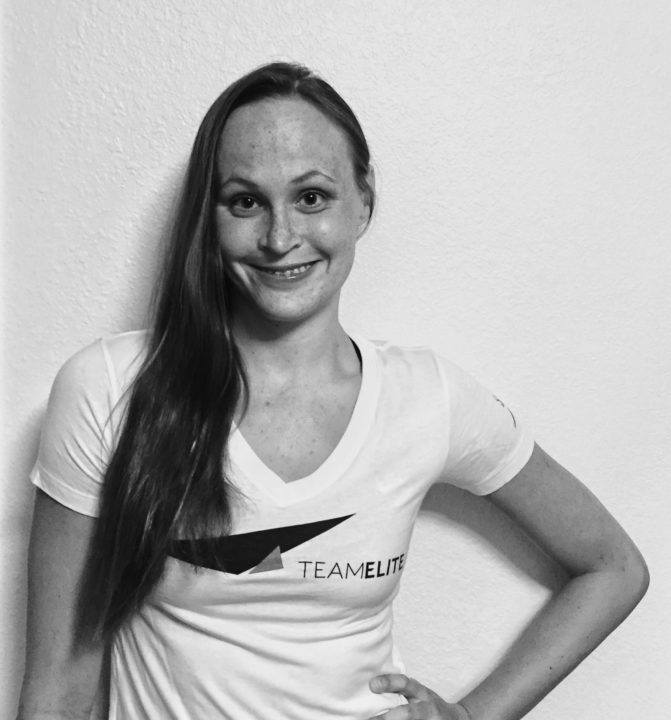 Team Elite Aquatics and Coach David Marsh are thrilled to announce their latest athlete, World Championships qualifier and current USA Swimming National Team member, Sarah Gibson. A standout student-athlete at Texas A&M, Gibson maintained a 4.00 GPA as a biomedical engineering major, was named 2017 SEC Swimmer of the Championship and overall CoSIDA Academic All American of the Year for NCAA Division I athletics.

With 5 SEC individual titles and 15 NCAA All-American titles under her belt, the San Antonio, Texas native finished her storied college career at the 2016-17 NCAA Championships, taking home fourth
in the 100 Fly, seventh in the 200 Fly, and helped Texas A&M to a second place finish in both the 4 x 100 and 4 x 50 Medley Relays, splitting a 50.28 and 22.43 respectively on her Fly legs.

Gibson will train with Coach Marsh at Team Elite West in San Diego, CA, which is part of Team Elite’s dual coast structure that also offers athletes a training base at Queens University in Charlotte, NC. Says Gibson, “It’s a wonderful opportunity to join Team Elite. San Diego is a great city, and I am confident that the training environment will be the ideal place to foster continued
personal and professional development. I look forward to working with Coach Marsh, his staff, and other athletes as we all pursue excellence and achievement in swimming and beyond.”

“I’ve followed Sarah’s development over the last four years. When I think about her training pedigree, I’m reminded of Cammile Adams and her growth and success under the Texas A&M program,” says Marsh. “Swimmers coached by Steve Bultman are always sound in their training backgrounds and work ethic. He does a great job of developing his Aggies as NCAA contenders while leaving them hungry for the next international level. As we know, Cammile went on to set an American record in the 200 Fly, medal at World Championships, and achieve a personal best time for fourth place in the 200 Fly final at the 2016 Rio Olympic Games. I’m excited to work with Sarah. I feel she has a bright future ahead of her as a professional swimmer!”

Under the guidance of 2016 Head U.S. Women’s Olympic Swim Coach, David Marsh, Team Elite put more athletes on last year’s U.S. Olympic team than any program in the nation. If Team Elite were a country, it would have placed 3rd in the medal standings.

That is incredibly impressive.

Good for her – Marsh knows how to work the speed. It worked for Aggie Cam Adams. Plus she has a good training partner in Hellen Moffitt. Any other pros at Team Elite west yet?

Marsh gets great swimmers and keeps them great. Not as impressive as it may seem.

Moffitt is training at the Charlotte location.

Best of luck towards Tokyo and beyond!