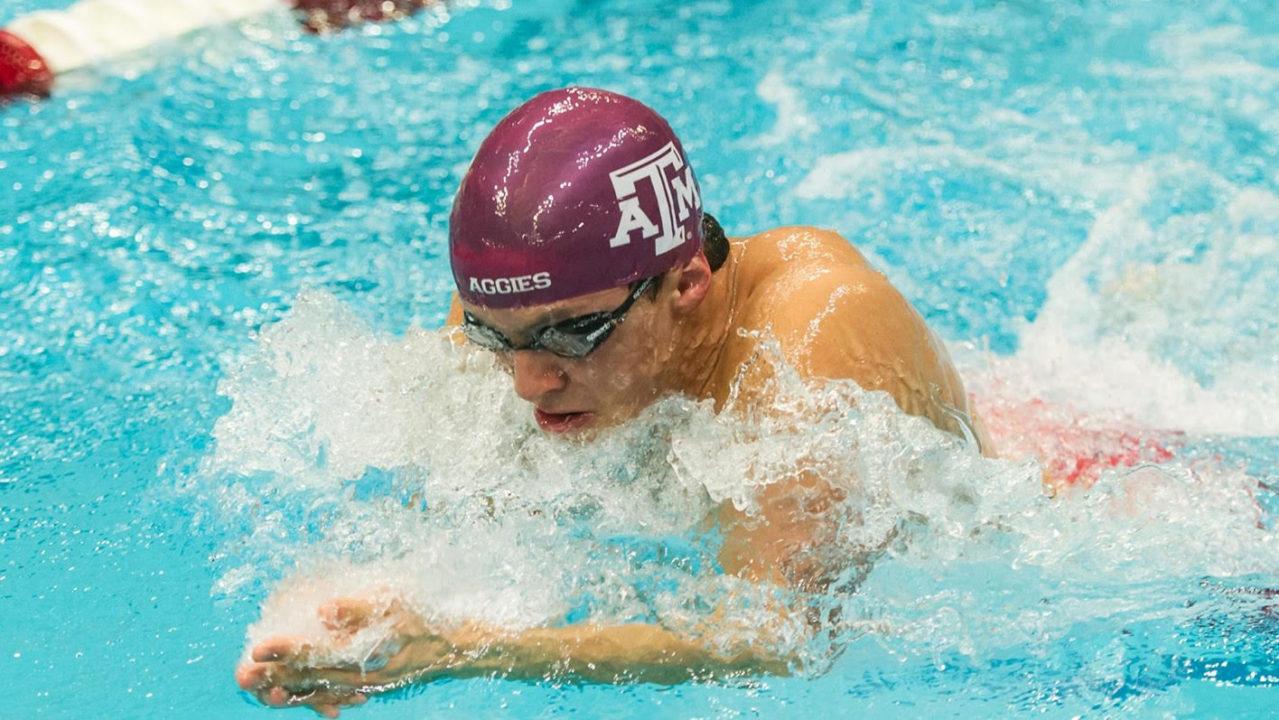 To see all of our 2017 Swammy Awards presented by TYR, click here.  2017 CENTRAL AMERICAN MALE SWIMMER OF THE... Archive photo via Texas A&M Athletics

Since grabbing a surprise third-place finish in the 200 breast at the 2017 NCAA Championships, Mauro Castillo Luna has been instrumental in Texas A&M’s hot streak.

After popping a 1:52.01 SCY 200 breast in March, he just last week went 2:07.59 in the SCM race at the Mexican National Championships, breaking the Mexican record.

In August, Castillo also boosted his Mexican teammates to a Mexican record in the 4×100 medley relay at the 2017 World University Games, dropping a 1:00.92 breast split.

However, the most uplifting performance of his career may have come the weekend prior to Art Adamson, when he led his team to an upset over the Texas Longhorns. He got the meet off to quick start with his 24.29 breaststroke leg of the 200 medley relay, and followed that up with a win in the 100 breast (53.70) that would put his team in the lead for good. He also threw down a then nation-leading 1:55.93 200 breast, and just for good measure, nabbed the win in the 200IM (1:47.54).

SwimSwam’s Jared Anderson compared Castillo’s November 9th performance to that of a “transcendent quarterback,” in a way that the NCAA dual meet format rarely allows.