2016 Rio Olympic Preview: Larkin Looks To End US Dominance In 200 Back 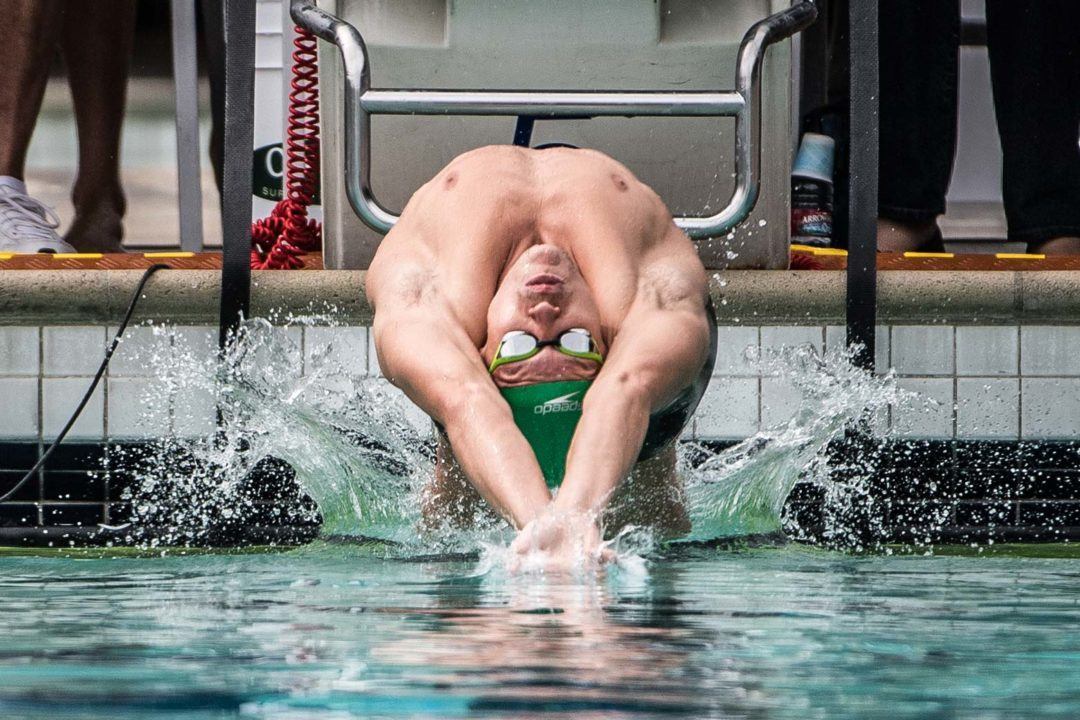 Australian Mitch Larkin will look to end the Americans streak of five straight Olympic wins in the men's 200 back. Archive photo via Mike Lewis/Ola Vista Photography

Since 1996 an American has won the 200 back at the Olympics. Along with that an American had won the World Championship title eight straight times prior to last summer in Kazan, showing remarkable dominance over one single event. However, come Kazan the World Championship streak was halted by the man looking to end their Olympic streak this year: Australian Mitch Larkin.

Larkin began making a name for himself as one of the world’s best backstrokers in 2014, winning the 200 back at the Commonwealth Games and the 100 back at the Short Course World Championships. But 2015 was his breakout year. He won gold over former world champions Camille Lacourt and Matt Grevers in the 100 back, and followed up with another win in the 200 back. He didn’t stop there, swimming faster than he did at Worlds on the World Cup Circuit including best times of 52.11 and 1:53.17 at the Dubai stop in November. Now having gone 1:53 an astonishing six times, all done within the last ten months, Larkin has to be considered the favorite in the 200. He sits atop the world rankings this year after going 1:53.90 at the Australian Olympic Trials.

The man with the best chance of upsetting Larkin, and keeping America’s streak alive, is 21 year-old Ryan Murphy. Murphy has dominated the NCAA the past three years, winning all six backstroke events at the NCAA Championships and is the holder of the American record in both the 100 and 200 yard back. Murphy got a taste of the international scene at the 2012 Short Course World Championships and 2014 Pan Pacific Championships, but the 2015 World Championships would be his biggest test yet. Murphy swam to a best time in the 200 back of 1:55.00 finishing 5th in the final, and also won a pair of medals on the men’s and mixed medley relays. Despite some success in previous years, 2016 looks to be his international breakout. Murphy swept the backstroke events at the U.S. Olympic Trials, posting a personal best of 1:53.95 in the 200 back to sit 2nd in the world to only Mitch Larkin. He’s the man best equipped to take down Larkin, but will be in tough to do so. Murphy has only been under 1:55 twice, while Larkin has gone under 1:54 six times. But if there’s one thing Murphy has proved is that he can step up and perform when the pressure is highest.

Those two seem the logical top two, but after that it gets a little hazy. After impressive performances at the World Championships last year, Radoslaw Kawecki of Poland and Evgeny Rylov of Russia will both be medal contenders. Kawecki won silver in 1:54.55, while Rylov was just behind for bronze in 1:54.60. This was Kawecki’s second straight World silver medal after finishing 2nd in 2013 to Ryan Lochte when he

posted a personal best of 1:54.24. Kawecki has also overcome talented fields for gold at both the 2012 and 2014 Short Course World Championships, and has won three consecutive European LC titles. After dropping quite a bit of time in Kazan, Rylov has put up two more 1:54s since, including a best time of 1:54.21 at the Russian Olympic Trials to put him third in the world behind only Larkin and Murphy. Both of them will be right in the thick of things for a medal.

After those four, there are many others with outside medal shots. One man who could pull off an upset win if he shows up on top form is Japan’s Ryosuke Irie, the 2012 Olympic silver medalist. Irie has a textile best of 1:53.26 from 2014, which would make him a premier contender, but was well off of that to finish 4th in Kazan last year in 1:54.81. He sits 7th in the world with a time of 1:55.89 this year, and this could be his final push for an Olympic gold. With Americans Tyler Clary and Ryan Lochte not in the field, Irie has become the elder statesman of this event at just 26 and the young guys have consistently been improving.

Two of those young guys who have shown marked improvement in 2016 are Jacob Pebley and Xu Jiayu. Pebley, who has won consecutive medals at the World Univeristy Games in the 200 back, finally qualified for his first big senior national team this year finishing 2nd in the 200 back at the US Olympic Trials.

Jacob Pebley after qualifying for the Olympics in the 200 back

Pebley took his best time down from 1:56.29 to 1:54.77, vaulting him into 4th in the world and a legitimate medal threat. Xu on the other hand has much more international experience, debuting at the 2012 Olympic Games and making the final at the last two World Championships. Xu swam to a best time of 1:54.79 at Chinese Nationals this year, putting him 5th in the world.

Between 2015 and 2016 seven different men have been sub-1:55, giving all a realistic chance at a medal if they can make it happen on the day. After those seven, the battle for the last spot in the final will be tight. Germany’s Jan-Philip Glania has been a 9th ranked 1:56.01 this year, Israel’s Yakov Toumarkin was a 7th ranked 1:55.96 last year, and China’s Li Guangyuan is on the rise as a finalist at last years World Championships as a teenager. Another with a shot at the final is Australia’s #2 man Josh Beaver, who is tied for 11th in the world this year at 1:56.19 (and 9th among those competing in Rio).

I think Larkin’s got this due to his experience. Murphy’s going to push him, though.

Sentimental favorite: Pebley. Anyone unmoved by his interview at Trials doesn’t have a heart. It was the single most memorable moment of the Trials for me.

I wish I were as confident as you are, when it comes to your 100 Back prediction.

If Jacob Pebley wins or gets a medal, I’m pretty sure he’s going to need a hug.

He and Ryan will make a great duo to go up against Larkin.

If Murphy swims as well as he did at the NCAAs, he will not only win, but he will break the world record. A bold prediction, I know!

not impossible…..if Murphy wins i will not call it an upset….cause he is improving so fast that in RIO he may in the peak point of his career…
.