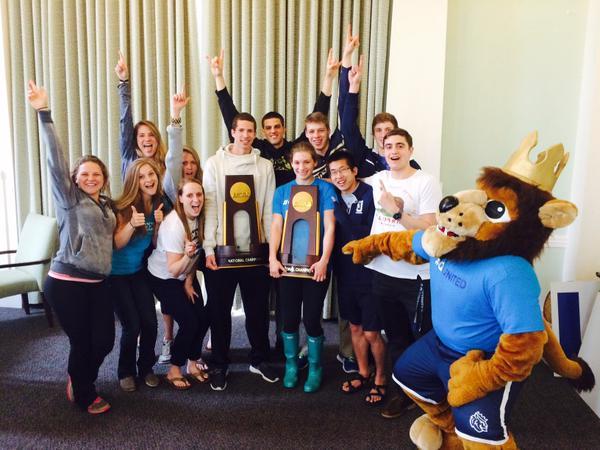 It's conference meet season! Don't miss a minute of the action - stay on top of your favorite conferences with this guide, complete with links to live results, live streaming and team lists for conferences in NCAA's Division II. Archive photo via Queens University of Charlotte

February begins the onslaught of college conference championships. In preparation, we’ve put together a listing of championship meets in the NCAA’s Division II. We’ve done our best to track them all down, but as there are many meets going on around the nation this month, if your favorite meet isn’t on this list, let us know and we’ll do our best to track down more information. You can bookmark this page for reference, as we’ll be updating with results and video links as they become available.

You can check out the rest of the NCAA conference previews in our Division I and Division III primers.