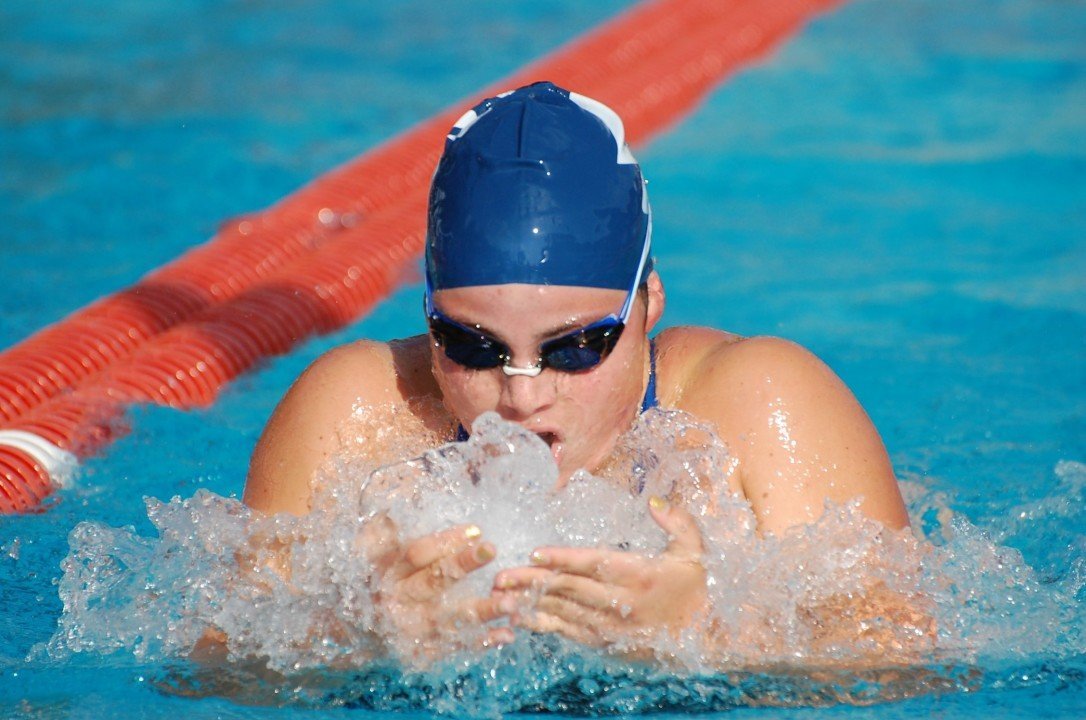 Jacqueline Torrez of La Salle posted the top qualifying times in the 200 IM and 100 breast at the CIF-Southern Section Division IV prelims on Wednesday. Archive photo via Anne Lepesant

The CIF-Southern Section Division IV (smaller schools) prelims concluded on Wednesday afternoon with Cerritos boys and girls poised to repeat as Section champions. Although Cerritos had no event leaders in either the girls’ meet or the boys’ meet, they managed to place at least one swimmer in the A final of nearly every event. Barring disqualification, both the Cerritos girls’ and boys’ teams will score in every swimming final on Friday afternoon.

In the girls’ meet, Beaumont, Foothill Tech and Rowland also had strong morning performances and should score in all but one or two swimming finals. The boys’ meet was more evenly distributed, but Beaumont, Buckley, Jurupa Valley, Notre Dame of Riverside, Quartz Hill, and San Dimas all placed swimmers in most events.

Sophomore Michelle Lee of Fairmont scored 443.15 points in the one-meter diving final to put the first points on the board. Whittier Christian freshman Sidney Wright was second (335.60) and Maranatha junior Sabina Lewis, third (333.00).

Cerritos has no place in D4

Schools Like Certitude need to move up in division. Time to push their swimmers to compete with faster teams. Maranantha is another school who’s swimmers are better than D4