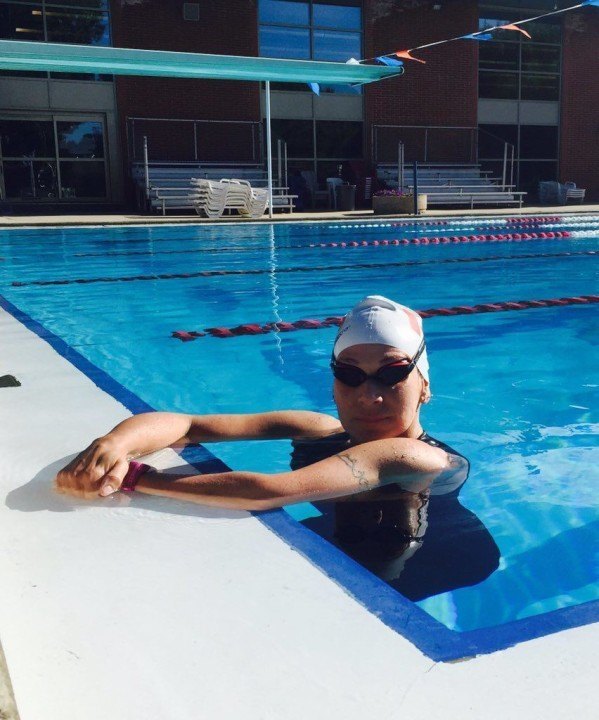 Tammy Cunnington will swim in the PARA SM1-4 150 IM tonight at the Canadian Paralympic Trials. Archive photo via Mandi Smith

Here on night three of the Canadian Paralympic Trials we’ll see the 200 IM and the 150 IM events contested. The 200 is for athletes categorized SM5-14 and the 150 is for athletes categorized SM1-4. Aurelie Rivard is the top seed in the women’s 200 IM after a time of 2:37.95 this morning. She competes in the SM10 category. Abi Tripp set a Canadian record this morning in the Sm8 category (3:00.98), so look for her to challenge that tonight. Gordie Michie (Sm14) is the top seed for the men after recording a time of 2:19.46 this morning.

The 200 IM will be the first event of the session, while the 150 IM will be at the end. Tammy Cunnington will be the only woman contesting the 150 IM tonight after Victoria Grzincic was disqualified this morning. The men’s side will feature Jonathan Dieleman (Sm4) and Riley Maclean (SM4) tonight.

2015 World Championship silver medalist Aurelie Rivard defended her top seed from this morning, winning in a time of 2:35.99. That time puts her 3rd in the world for 2016 in the SM10 category. Katarina Roxon, competing in the Sm9 category, finished 2nd in 2:41.66, taking over 7 seconds off from the morning. The time moves her into 6th in the world. Justine Morrier, S14, was 3rd in 2:43.26, moving her into 8th in the world. Abi Tripp improved her Sm8 Canadian record from this morning, clocking 2:58.77 after going 3:00.98 this morning.

Tammy Cunnington took over four seconds off her prelim swim this morning, recording a time of 3:36.85.