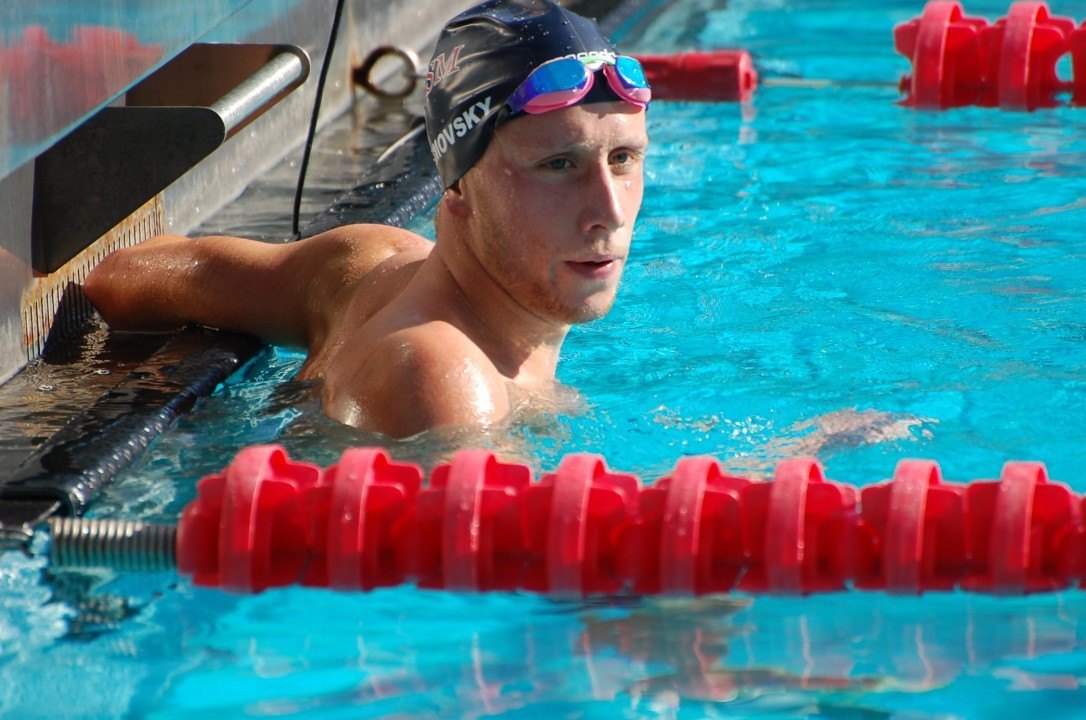 A former NCAA standout and the 2014 Pan Pacific Championships 9th place finisher in the 10k, Jordan Wilimovsky, broke out big-time in 2015.

The 21-year-old scored his first career national title in the 10k at the 2015 Open Water National Championships, then followed that stunner up with his first world title at the 2015 FINA World Championships. Earning the win by just over 12 seconds ahead of the field, Wilimovsky stood atop the 10k podium in Kazan as the first swimmer to secure his spot on the American roster for the 2016 Rio Olympic Games.  Also en route to his gold medal in Kazan, Wilimovsky became the first American to win the men’s 10k World Championships title since 2005.

Not resting on his laurels, Wilimovsky then nailed a national title in the 1500m freestyle pool event at this summer’s National Championships in San Antonio, Texas. Wilimovsky secured the victory as the only swimmer to dip beneath the 15-minute threshold in the race to log a winning time of 14:57.05.

For his efforts over this past year, Wilimovsky was honored with two USA Swimming Golden Goggle Awards, representing the first time an open water swimmer was recognized by USA Swimming for these awards. He first won the ‘Male Race of the Year’ award for his 10k win in Kazan, then also brought home the ‘Breakout Performer of the Year’ trophy.

Ferry Weertman, Netherlands – Weertman, the 2014 European Open Water Champion, finished with the silver medal behind Wilimovsky in the men’s 10k Open Water event in Kazan. As one of the top 10 finishers in the race, he secured his spot on the Netherlands’ Olympic roster.

Spyridon Gianniotis, Greece – The 2013 10K World Champ, Spyridon Gianniotis of Greece, also finished within the top 10 in the men’s 10k race in Kazan, bringing home the bronze. He, too, now holds a slot on Greece’s Olympic roster.

Allan do Carmo, Brazil – Do Carmo finished 9th in the men’s 10k in Kazan, so we will be seeing him in the men’s 10k open water event in the 2016 Olympic Games hosted by the 2014 FINA 1k Marathon Swimming World Cup champion’s home nation. Do Carmo also placed first in the final leg of this year’s FINA Open Water circuit after having placed 2nd in the earlier two stops, Viedma (ARG) and Lac Megantic (CAN).

Congratulations Jordan!! Hope to see you back at NU in 2017! GO CATS!!