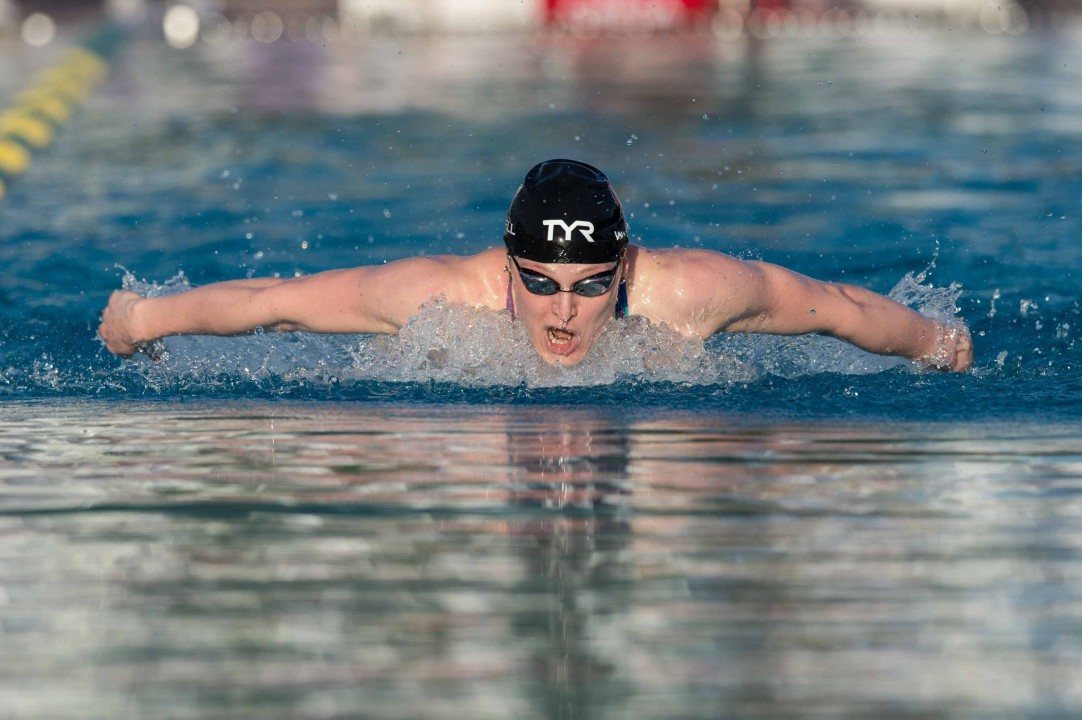 The Americans are headed into tonight’s finals as the top seed in each of the five races. With Canada and Brazil ahead of the U.S. in both the number of golds and overall medal count, the Americans will no doubt be looking to capitalize on the momentum resulting from their stellar morning.

Caitlin Leverenz and Kelsi Worrell both earned new Pan America Games Records this morning in their respective events, staking a claim on the top of the podium and putting the competition on notice of what could possibly be unleashed tonight.  In the 400 IM, Leverenz cranked out a swift 4:37.74 to position herself as the 11th-fastest performer in the world. But, fast as she was, both Leverenz and teammate Kate Mills, who clocked a 4:41.05 for 3rd seed, will need to fend off Canadian Emily Overholt.  Overholt threw down a sub-3:40 time of her own, resulting in a 4:39.84 for second seed headed into finals.

In addition to a new Games record, Worrell’s 100m butterfly performance of 57.24 rockets the University of Louisville Cardinal to a remarkable 3rd in the world rankings in the event.  Not bad for someone who just swam her very first international championships individual race.  Worrell’s time knocked exactly a second off of her previous personal best and also now ranks her as the 3rd-fastest American of all time.  As hard as it may be to imagine anyone beating red-hot Worrell, she still has Canadian Noemie Thomas lurking in the lane beside her.  Thomas’ 58.61 was enough to claim 2nd seed and tell the world that she seems to have kicked the illness that caused her to scratch the women’s 200m butterfly on day one.

Max Williamson and Giles Smith are the top male swimmers headed into the 400m IM and 100m butterfly events, respectively.  Although no Games records were broken, which is actually becoming a rare occurrence, each did his part to land in the middle of the pool for their races tonight.  Smith’s 52.13 held off a charging Peruvian, Mauricio Frol (52.25), who may be looking for some vindication after losing out at the touch to Brazilian Leonard De Deus in the 200m butterfly contest.  On the 400m IM front, Williamson will be flanked by another American, tape-fingered teammate Michael Weiss, who registered a time just .07 behind to land the 2nd seed (4:17.96). Canada’s Luke Rilley and Brazil’s Thiago Pereira are also both in the mix, having registered sub 4:20 times of their own in the morning session.

Finally, the night will be capped off by a potentially heated battle between the Canadian and American women in the 4×200 free relay.  The Americans came out on top in prelims, logging a time of 8:05.52 with the combination of Courtney Harnish, Amanda Weir, Kylie Stewart, Gillian Ryan.  Tonight’s lineup for the U.S. will most surely include 200m specialists Allison Schmitt and Kiera Janzen, but the Canadians will load their guns with Overholt and Katerine Savard.  The task of securing gold will not be easy for either side tonight.

Harnish was a second faster flat start than Weir’s split.

It’s actually Canadian Katarine Savard who is seeded 2nd going into tonight’s final of the 100 fly, with a 58.34. Noemie Thomas is seeded 3rd.