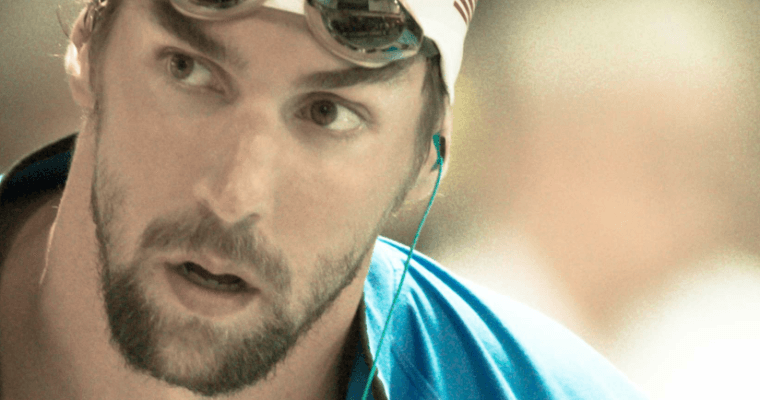 The Santa Clara Grand Prix is the next stop on the Michael Phelps comeback tour, and will also be the 2014 Grand Prix series debut for Missy Franklin. Archive photo via Mike Lewis/Ola Vista Photography

The 2013-2014 Arena Grand Prix series wraps up this weekend in sunny Santa Clara, California. One of the fastest and most historic stops of the Grand Prix circuit will feature some monster fields, including another stop on the Michael Phelps comeback tour, the Grand Prix debut for Missy Franklin and a culmination of the series points battle between Conor Dwyer and Arkady Vyatchanin.

All the links you need to follow the meet, plus six major storylines to watch, are below.

1. Big 400 IM showdowns: There might not be a better pair of back-to-back races in the entire weekend than the men’s and women’s 400 IMs. For the women, it’s an NCAA rematch. 2014 NCAA Champ and new pro Maya DiRado comes in with the second seed, with 2013 NCAA Champ and recent Speedo signee Elizabeth Beisel holding top billing. The two went down to the wire for the NCAA Championship, now it’s time to see who’s got the upper hand in long course. For the men, it’s a rematch of Charlotte’s big time IM battle. Tyler Clary, once the hottest college IMer in the nation, will take on the new young swimmer who has taken over that role, Chase Kalisz.

2. Missy makes Grand Prix debut: A former Grand Prix series points champ, Missy Franklin hasn’t made a single Grand Prix appearance yet this year, instead focusing on her collegiate season with the NCAA runner-up Cal Golden Bears. But the 19-year-old multi-time world champ will make her big splash in Santa Clara, as she’s entered in 6 races: the 100 and 200 frees, 100 and 200 backs, 100 fly and 200 IM.

3. The Michael Phelps Show gets a little longer: Things have started out relatively slow and steady for the most decorated Olympian of all-time, and Santa Clara represents another gradual step towards the more diverse lineup we’ve come to associate with Phelps. He’ll continue to work that 100 fly, which looks to be his primary event post-comeback, at least at this point. Phelps also seems to be testing the waters for a potential relay slot on the American national squad, as he’s entered in the 100 and 200 frees. But most notable might be Phelps’ entry into the 200 IM, the Baltimore Bullet’s first foray back into the IM events he ruled on the national stage for so long.

4. Can anybody beat Arkady? New York Athletic Club swimmer Arkady Vyatchanin has been on an absolute tear the past several months, going undefeated in the 100 and 200 back over the past 3 grand prix events. Vyatchanin hasn’t lost either of those races on the Grand Prix stage since Austin, way back in January. Here he’ll get to tussle with three of the guys who beat him in Austin, though – Ryan Murphy and Jacob Pebley, who went 1-2 in the 200 back swimming for the University of California and Olympic champ Matt Grevers, who won the 100 in Austin. Other big challengers will be Olympic gold medalist Tyler Clary, rising Texas sophomore Jack Conger and Stanford pro Eugene Godsoe.

5. Who gets the BMW? Santa Clara serves as the grand finale of the 2013-2014 Grand Prix circuit, and the top-finishing man and woman in the points standings will win a 1-year lease of a new BMW. The caveat is that the BMW can only go to a U.S. citizen, but there’s no doubt some competitive pride in this field that should make the top competitors battle for the title of Grand Prix champion with or without the car. Katinka Hosszu has all but sewn up the women’s race (second-place Megan Romano would need four wins and a runner-up in Santa Clara to match Hosszu), but the battle for the Beamer is still on between Romano (34.5 points), Caitlin Leverenz and Allison Schmitt (both at 29 points). Meanwhile Conor Dwyer leads the men with 46, but the red-hot Vyatchanin is nipping at his heels with 42.

6. Women’s sprints span generations: The women’s 50 and 100 frees will be entertaining battles between several generations of big-name swimmers. On one end, you’ve got the old pro Natalie Coughlin. At 31, Coughlin is both the most-decorated female in U.S. Olympic history and a genuine sprinting threat on the national stage. Joining her is former American record-holder Lara Jackson, making a career comeback in Florida. A few years younger are the new crop of professionals, recently graduated from the NCAA and looking to take the next step in their swimming careers. In Santa Clara, that group features name like Megan Romano, Allison Schmitt, Margo Geer, Cheyenne Coffman and Shannon Vreeland. Then you’ve got the rising crop of collegiate stars: Lia Neal, Ivy Martin and Olivia Smoliga. Finally, you’ve got the youngest up-and-comer who is perhaps the future face of American sprinting – First Colony’s Simone Manuel. At 17, Manuel is freshly graduated from high school and on her way to Stanford for college in the fall, and it seems she’d love nothing more than to give California an early taste of her speed with a Santa Clara win.

Is Vyatchanin an American citizen? If not, seems like it’s Dwyer’s car.

Steve Nolan – no, Vyatchanin is not a U.S. citizen yet (at least as far as we know).

Assuming he has not announced which country he intends to represent. Any idea of the short list? Not sure if I’m just rumor mongering, but someone posted in a previous comment section that Brazil was a possibility.

ole 99 – only thing I’ve heard from his mouth is he’d like to swim for the USA, and that he wants to swim for a good country. After that, there’s just been a lot of speculation about which countries could most use a backstroker for their medley relays.

From the angle of mixing up the medley relays it would be unreal to see him go to South Africa. Vyatchanin, Van der burgh, le Clos, and Schoeman would make it VERY interesting for the international final at worlds/olympics which would probably come down to the last 5m.

I think I’m the one who posted the comment about Brazil, LOL, but as Braden said, it was only because I know they need a back stroker, not because I have any info! Also, unless he’s a US citizen before Nationals he can’t qualify to swim at Worlds. I’m anxious to find out news about what happens for Vyachanin because I’ve grown to respect him during this Grand Prix season. By the way, I predict he’ll win the 100/200 back at Santa Clara too because his confidence is growing! I think most of the US guys just don’t believe they can put up very fast times during heavy training.

I’m very interested to see where Grevers is at. The 100 back is getting very competitive on the national and international levels. Will be interesting to see if Grevers can keep it going through 2016 or if the youth movement takes over.

Yeah, I feel like the USA could field a majority of an Olympic final if it were allowed haha. I mean Grevers, Plummer, Thoman, Murphy, Conger, Lochte, Godsoe, Pebley, etc. lol

Although all of those swimmers are very good, only a few could actually make an Olympic Final.

ART, just out of curiosity which of those swimmers do you think are NOT capable of making any Olympic final? It took 53.74 to qualify in 2012.

they have the deepest field ever on backstoke ! insane quality !