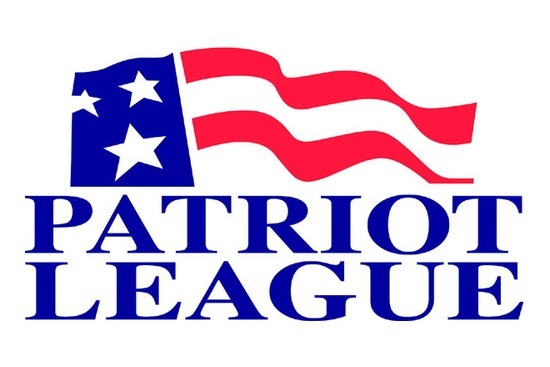 The Midshipmen women and men continue to dominate the 2014 Patriot League Championship, but excitement is building over who will finish second. Bucknell women are hoping to lock up their position tonight, while Army is looking to overtake Boston University in the men's meet. Stock photo via Patriot League

Army, Bucknell, and Lehigh women had particularly successful morning swims, putting 10, 10, and 9 swimmers respectively into tonight’s finals, but no one can touch Navy with 11 “A” finalists. The Midshipmen are poised to repeat their Patriot League title by a landslide.

On the men’s side, Navy has consistently put swimmers in the “A” final of every single event, and that continued through this morning’s session. Army had a strong showing, which they needed in order to overtake Boston University for the number two spot in the League. It will take strong swimming tonight, though, because BU had a successful morning, themselves.

200 back: Bucknell’s Emma Levendoski, who set the League record in the 100 back last night, is top seed in the 200 with a 1:56.90 prelims swim. Lauren Baguley of Navy and Morgan Cohara of Colgate qualified second and third. Cohara dropped 6 from her entry time to make the final. Senior Megan Jex of Colgate dropped 7 seconds to make the “B” final. The League record is 1:56.39 (Erin McGraw, Colgate, 2011).

Connor Stuewe of Boston University set the meet and League records (previously 1:45.35 from Navy’s Andrew Hetzner, 2009) dropping 3 seconds off his seed time for a 1:45.23. Navy’s Joseph Lane and Conor Campbell qualified second and third. Four American University backstrokers dropped a combined 10+ seconds and all made the “B” final.

100 free: Alexsa Savage of Boston University had the fastest time in prelims with 50.86. Lehigh’s Carolyn Koch and Molly Mucciarone of Army were the next qualifiers. The League record is 49.49 (Ashley Bottger, Colgate, 2009).

Black Knight sophomore Christopher Szekely earned the middle lane for tonight’s final with a 44.43 prelims swim. Dain Bomberger and Hugh Davison, both of Navy, were the next fastest qualifiers. The League record is 43.61 (Zach Ingold, Navy, 2012).

200 breast: Ellen Bradford of Navy had the fastest prelims time in the 200 breast with 2:16.93. Her teammate Hannah Gillcrist qualified second. A three-second drop propelled BU’s Karla Ferrara into the third spot. The League record is 2:10.67 (Laura Gorinski, Navy, 2012).

200 fly: Cece Simpson of BU qualified first on the strength of a three-second drop off her seed time, from 2:03.53 to 2:00.50. Current meet and League record-holder Rheanna Vaughn of Navy qualified second, just ahead of teammate Rachael Dudley. Lehigh’s Kelly Carroll dropped nearly 4 seconds to make the “B” final. The League record is 1:58.40 (Rheanna Vaughn, Navy, 2013).

The 200 fly final should feature an exciting battle in the middle lanes, as Jonathan Debaugh of Navy (1:46.97), Sean Regan of Army, and BU’s Mun Hon Lee all qualified with .13 of each other. Black Knight freshman Devin McCall dropped 6 seconds to leapfrog into the “A” final. The League record is 1:42.54 (Adam Meyer, Navy, 2009).