2013 FINA World Championships: By the Numbers 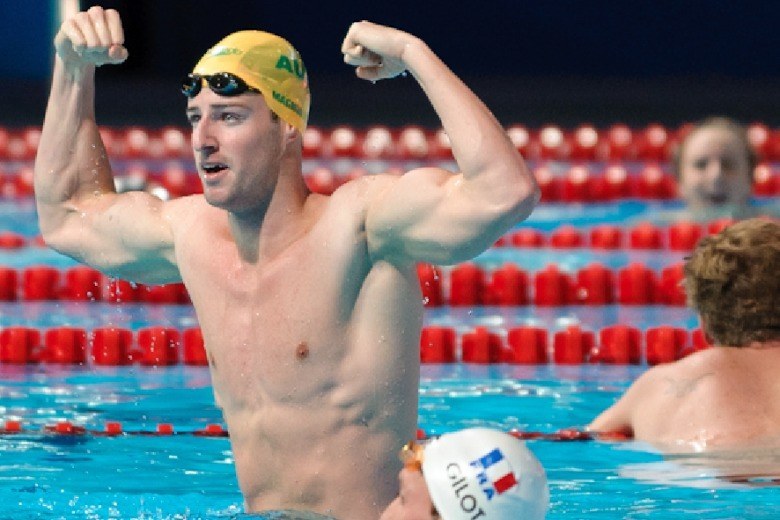 Overall, swimming in Barcelona – which hosted Worlds for the second time in 10 years – was fast. Faster than Shanghai in 2011, and if we are going strictly by national records, it was faster than London. (Photo Credit: Victor Puig, victorpuig.com)

The 15th FINA World Championships closed a few days ago, and while some swimmers have returned home, and others have gone on to Eindhoven to compete in the FINA World Cup series, the rest of us are left to wonder — but what did it all mean, man?

We’ve teamed with Christer Magnusson of SCMSOM.SE to take reams of data and boil it down into some digestible numbers. The conclusion:

Overall, swimming in Barcelona – which hosted Worlds for the second time in 10 years – was fast. Faster than Shanghai in 2011, and if we are going strictly by national records, it was faster than London.

World Championships By the Numbers:

The Spaniards swam fast in front of their hometown crowd, easily leading the national record table by breaking 16 National Records over the course of swimming competition. They won 4 medals in swimming (and another ten in other events, giving them a total exceeding that of the Germans, Italians, and even the French).

The Russians, who were expected to perform well based on some of their blistering performances at World University Games (which they also hosted), at least somewhat fulfilled expectations by setting 10 National records. The Americans and Canadians each posted 6 new national marks, with the Aussies setting three.

Post-Olympic years are always a bit of a crap-shoot – the Olympians and veterans usually take some time off, while the athletes who just missed their respective National teams the year before train with a chip on their shoulder. But this year Worlds was a quick meet, in what some would consider on “off” year, with more national records being broken than there were in London last year.

Here are how things went down compared to the past couple World Champs (I only included Rome because, well, the numbers are hilarious).

To give you an idea of the freakish nature of the Rome meet, the World Championship record for the 50m breaststroke was broken no fewer than 8 times by 4 different athletes.

Swimmers Improved on Entry Times 40% of the Time, Every Time

Best times are fun. Heck, they are downright super. While not every swimmer is competing for a gold medal or world record, each and every one of them do want to break their best times.

Honduras led this category in Barcelona, going for 8 for 8. Denmark was right behind them with 90% of their swimmers improving on their entry times. (The average from all entries was 40%.)

As expected, the Americans were frequently found in finals, with 58 appearances in the top 8. The Aussies and Japanese were 2nd and 3rd, respectively, with 28 and 24 swimmers making it to the final evening swims.

Most noteworthy is Great Britain, who only got one medal out of 17 finalists (6%). The Germans, who didn’t have a great meet overall – and are doing some soul searching of their own – also won one medal via 10 finalists.

To be honest, I am still astounded that the American team did so well. Truthfully, based off of their performances from the trials, I was hoping for maybe 20 medals, but to come home with 29 was beyond my wildest expectations….and this was without Phelps. With the young guns ready to make a name and the veterans holding onto their places, I absolutely cannot wait for Kazan. With regards to Australia, this is just a glitch in their national achievements. There is no way that they are going to remain so far behind the USA. There is too much talent in the land down under. With their young men and women ready to make a name for themselves, Rio will… Read more »

One word…..Japan. I’m awed by their talent. Daiya Seto’s 400 IM gave me whiplash. Didnt see that coming…which is why I love swimming.

Yes, Japanese deserve some recognition for their achievements. The reason they go often unnoticed may be the fact that they have struggled to win golds.

I am not at all astounded by the Usa results at all ! they have great trianing programms and a lot of motivation coming to big meets . Japanese as Mel mentioned are pretty doing great ! Australia got a lot of young talents but it needs probably more time to shine for them ….Germany is in big trouble since 2009 somehow . One medal ???

I don’t think it’s a glitch in Australia’s performance. 1. It’s an improvement after London’s disaster. 2. Being such a small country, Australia will always have to be satisfied and will do very well with around 10-15 medals and a 3-4 golds. 3. Only during exceptional years where Australia punch above its weight when it has two or more superstars, such as in the 1956-1960 where they had Fraser, Rose, Crapp, the Konrads etc or 2000-2008 where they had Thorpe, Hackett, trickett, Henry, Jones, Schipper. Or when they had Gould. 4. Unlike a niche sport (such as skiing where small countries such as austria can do very well and dominate), swimming is truly a global sport, so we will see… Read more »

When I meant by not a niche sport is that almost anyone in this world can always swim, while very few would be able or have environment/facility to sky or bobsled.

And just because swimming is not as popular as american football in the USA does not mean it is a niche sport.

Swimming is a global sport even it’s a much smaller sport than American football in financial terms etc. Our problem in swimming is that we are failing to take advantage of that fact that swimming is so well covered around the world. That’s our common problem which we must overcome – together.

it was definitely an exciting venue in Barcelona. One small correction: There is no such thing as Czechoslovakia for over 20 years now. It is the Czech Republic 🙂

There were so many TEAM USA swimmers who reduced their training in 2013… yet. being the true competitors that they are, when they got up on the blocks… they RACED!… they gave it their best shot! There are many hungry teenagers looking for their opportunity to get their chance… the veterans will have to buckle down in 2014 and beyond!

ohhhh Yes ! the young guns are hungry for sure …..hehehe

Not only team USA, but in the year right after olympics, many swimmers from all countries also reduced their training.