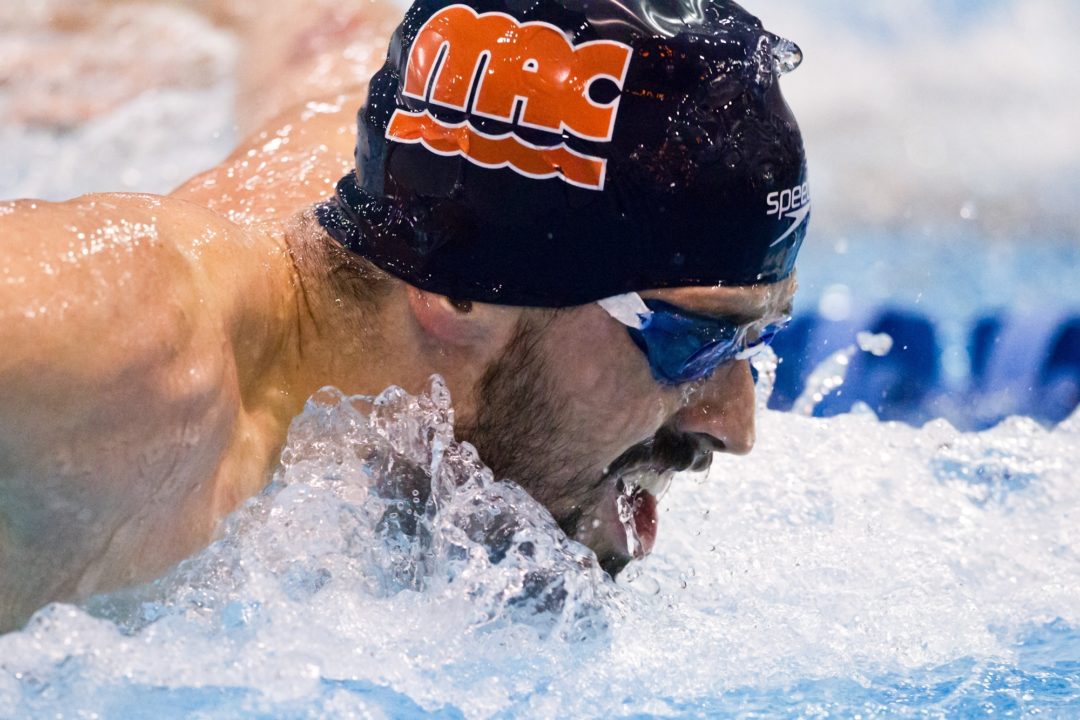 Putting five swimmers on the US Olympic Team didn't hurt, but SwimMAC Carolina is a powerhouse club from top to bottom and that's what earned them the Swammy for Club Team of the Year. (Swim Photo Credit © Tim Binning, TheSwimPictures.com)

The Award: USA Club Team of The Year

The Winner: SwimMAC Carolina. Winning USA Swimming’s Club Excellence award was just the icing on what was a phenomenal year for CEO David Marsh’s program. The club won both the Summer and Winter Junior Nationals in 2012, set seven National Age Group Records, and they were among the top five teams in USA Swimming’s Virtual Club Championship. Oh yeah, they also put five people on the US Olympic Team.

Great Relays make Great Teams: The thing that set SwimMAC apart from the other club teams across the country was their emphasis on relays. In Indianapolis at the Summer Juniors the girls of SwimMAC won one and finished 3rd in two of the three relay events. The boys won two out of three relays and finished 2nd in the other . This month in Tennessee SwimMAC finished no lower than 2nd place in all ten relay events, including three wins for the girls. Of the seven NAG records that they broke in 2012, six were relay events. If you look at the NAG relay records you’ll see SwimMAC more than any other team. The relay success set SwimMAC apart when it came to deciding this award and a lot of the credit goes to the Senior directors Russ Kasl and Pam Swander, and the senior coaches Alan Pfau, Peter Verhoef, Eric Lane, John Fedena, and Marsh. It also never hurts to have Olympians on the team…

Team Elite: Putting five swimmers on the US Olympic Team had no effect on the club’s success at Juniors or with any NAG records or their USA Swimming awards, but it never hurts to have elite talent at a club. The success of David Marsh’s Team Elite group highlighted the club’s post grad presence. He was named a member of the 2012 US Olympic Coaching Staff after Cullen Jones, Nick Thoman, Micah Lawrence, Kara Lynn Joyce, and Davis Tarwater earned spots on the team.

Honorable Mentions: Nation’s Capital Aquatic Program had a phenomenal year in the pool. They won USA Swimming’s Virtual Club championship, set 10 National Age Group Records, and produced the biggest star in US distance swimming. At Winter Nationals in Austin this year, they broke 6 NAG records and won the combined club team title. Katie Ledecky’s Gold Medal, American Record breaking performance in the 800 freestyle in London highlighted the club’s wildly successful 2012 season. Bolles School had the most successful fall of any club in the country. A men’s team title at Junior Nationals highlighted a season that included 6 NAG records and one of the most dominant boys high school teams ever.