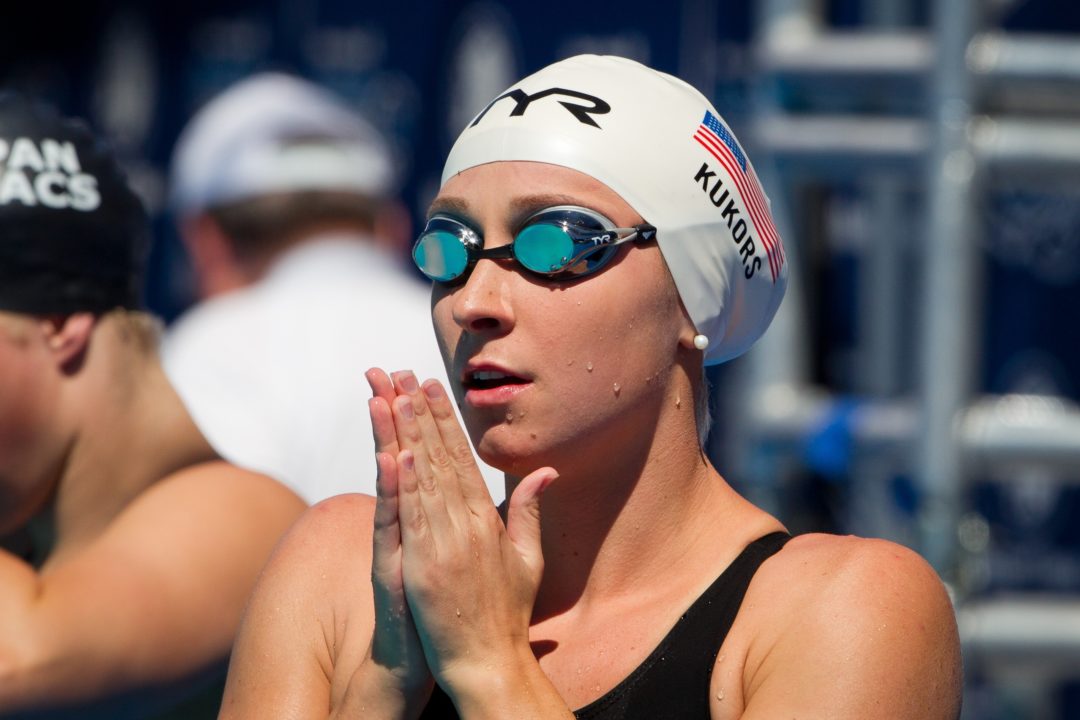 Kukors Smith was the 2009 World Champion in the 200 IM, setting a World Record with her winning swim. Her baby is due September 1. Archive photo via Tim Binning/TheSwimPictures.com

Kukors Smith, who is 33 weeks pregnant, revealed that she will be having a boy. She is married to Matthew Smith, an accountant who she met when they became roommates. The two were married on August 12, 2017 in Seattle, Washington.

The baby is due to arrive on September 1.

She first set the World Record in the 200 IM at the 2009 World Championships in the semi-finals, swimming a 2:07.03. That crushed the 2:08.45 done by Stephanie Rice a year earlier at the Beijing Olympics. Kukors Smith took almost another full second off that time in finals, swimming 2:06.15 to win.

Kukors Smith has alleged that her longtime coach Sean Hutchison groomed her from the time she was 13 and sexually abused her as a minor. She filed a lawsuit against both Hutchison and USA Swimming, with a settlement being announced in March.

Wishing her all the best for a healthy and positive future. Congratulations!