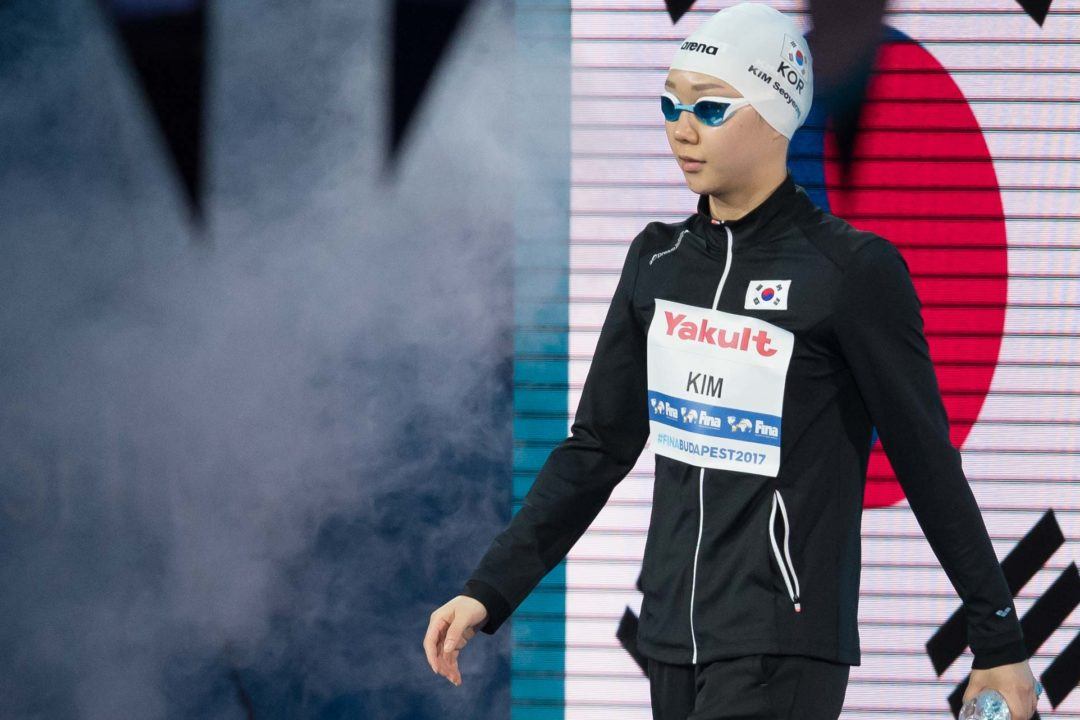 The first of two national swimming trials for Korea took place over the weekend, with Asian Games swimmers Moon Jaekwon and Kim Seoyong both in the water vying for qualification times for this summer's World University Games (Summer Universiade). Archive photo via Mike Lewis/Ola Vista Photography

The first of two national swimming trials for Korea took place over the weekend, with Asian Games swimmers Moon Jaekwon and Kim Seoyong both in the water vying for qualification times for this summer’s World University Games (Summer Universiade). Both swimmers were successful in spades, as each picked up a new national record in kick off their championships season.

For Jaekwon, the man who finished 6th in the 100m breaststroke at last summer’s Asian Games blew away his time from that competition with a new lifetime best in the event this weekend of 1:00.20. That scorches the 1:01.07 he put up in that final in Jakarta, and also shaves .29 off of his previous personal best and NR time of 1:00.49 from the New South Wales State Championships in 2018.

With his effort, Jaekwon now sits just outside the top 10 performers in the world in the event thus far this season. He would also win the 50m event at these Trials in 27.52, just .05 off the national record.

Seoyeong did damage across several events at the Gimcheon Swimming Pool, but her best performance came in the 200m freestyle. Clocking a mark of 1:58.41, Seoyeong dipped under the Korean national record of 1:58.64 that Easop Lee put on the books back in 2017 at a Pro Swim Series in the U.S.

Seoyeong now sits as the 10th fastest swimmer in the world in this event.

The rating reported in this article is incorrect. Emily Overholt is currently #2 in women 200 FR this season.