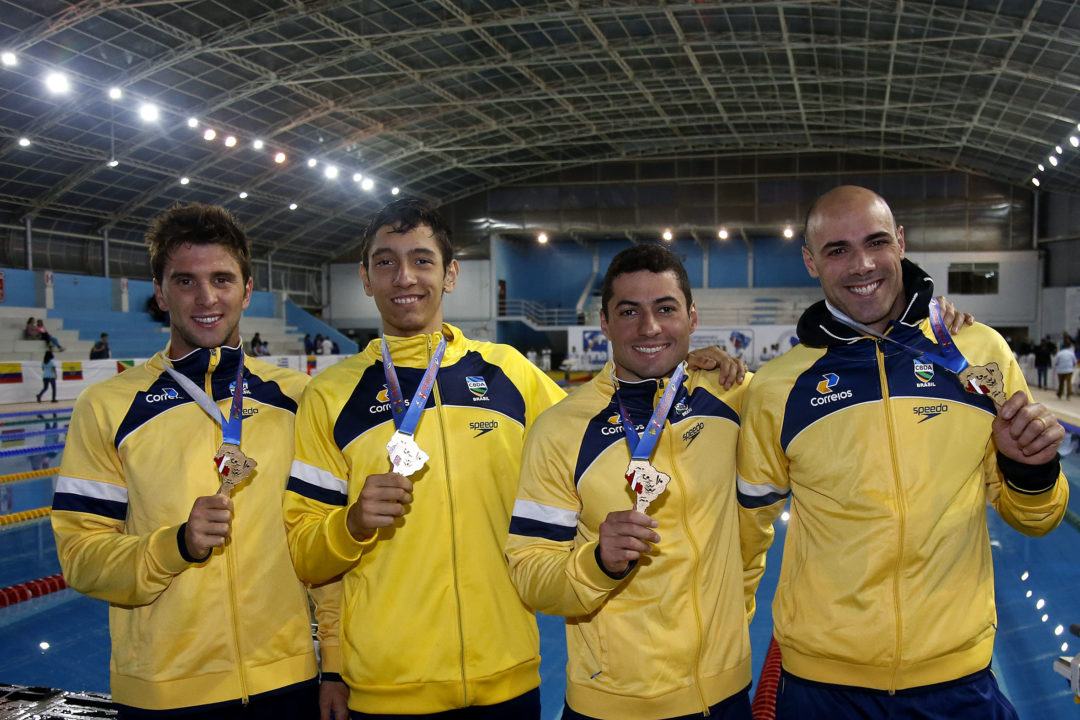 19-year-old Breno Correia roared to a 48.18 split anchoring the Brazilian men’s 4×100 free relay on day 1 of the South American Championships.

In a still-young long course season, only one man has broken 49 worldwide in long course: Russia’s Kliment Kolesnikov. Correia’s time comes with a flying relay start, so it won’t slot into world ranks, but it bodes well for the individual 100 free on Saturday. He had the fastest split of the entire field by more than a second, topping Argentina’s Federico Grabich (49.28 split) and fellow Brazilian Joao de Lucca (49.79 leadoff).

It was the Brazilian men and the Argentine women who really stood out on day 1 of the five-day meet. Correia also won the individual 200 free to open the meet, going 1:48.24. That sits 3rd in the current world ranks and finished almost a second ahead of de Lucca (1:49.12) and Grabich (1:49.94).

The best individual swim of the day was Felipe Lima‘s 100 breaststroke, which takes over the #1 spot in the world ranks. Lima was 59.87, crushing the field by a second and a half. At age 33, he becomes the second man worldwide to break a minute this season:

The women of Argentina won three of five events on day 1. 18-year-old Delfina Pignatiello beat out Brazil’s Rafaela Raurich in a tight 200 free battle, 2:00.22 to 2:00.50. Pignatiello is now just .13 seconds away from the Argentine national record in that event, the next step after setting national records in the 400, 800 and 1500 frees last year. Andrea Berrino won the 100 back in 1:01.94, about a second and a half off her own national record. And Argentina’s Macarena Ceballos took home the 100 breast in a tight race with Argentine record-holder Julia Sebastian, 1:08.25 to 1:08.43.