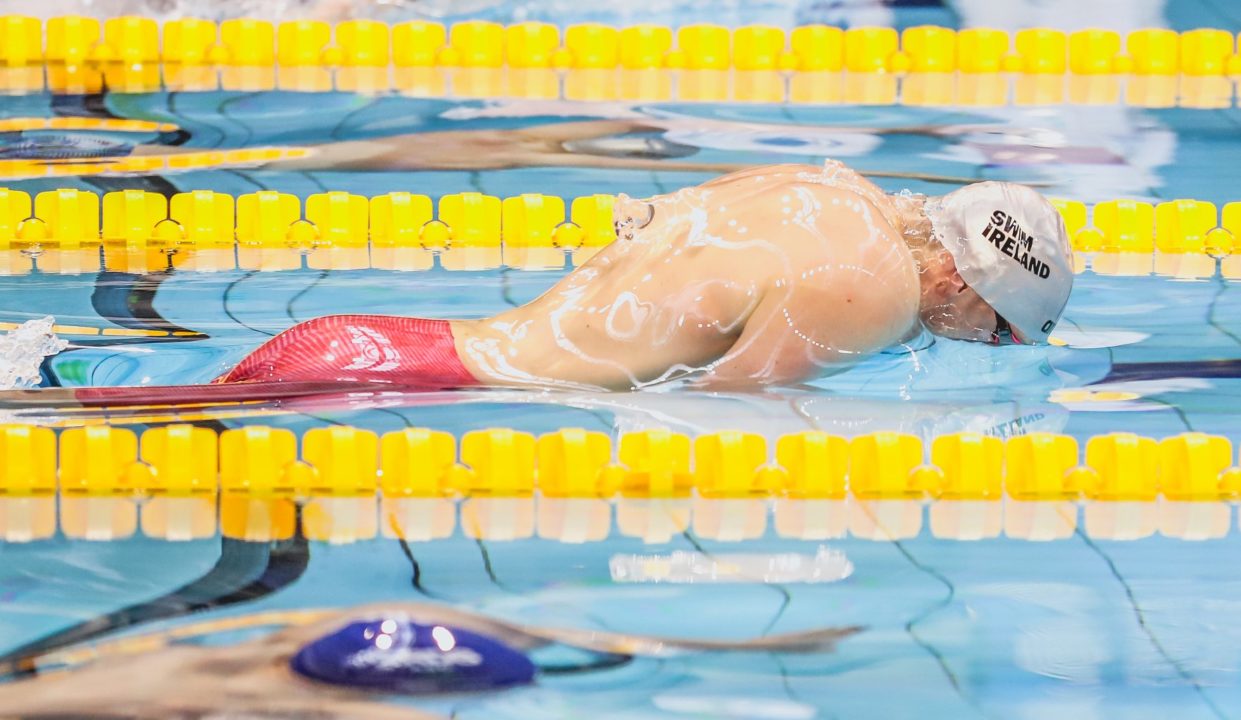 Competing on the final day of the Danish Short Course Championships17-year-old Rasmus Nickelsen put up the fastest 100m fly time of his life. Stock photo via David Kilbern

We already saw Alexander Norgaard rip a new Danish national record in the men’s 800m free while competing at these Danish Short Course Championships, but tonight it was Rasmus Nickelsen‘s time to shine.

Competing on the final day of action at Helsingor Swimming Hall, 17-year-old Nickelsen put up the fastest 100m fly time of his life to take the national title. Hitting the wall in a massive 50.83, Nickelsen’s outing easily overtook the longstanding Danish national record of 51.14, which Daniel Andersen put on the books way back in 2014.

This morning during the heats, Nickelsen set himself up for success with a solid swim of 52.19 to land lane 4. Then tonight, Nickelsen opened in 23.64 before coming home in 27.19 to become his nation’s first-ever man under 51-seconds in the SCM 100 fly.

Entering this meet, Nickelsen’s personal best rested at the 51.34 he produced in Esbjerg last year, already just .20 away from the national mark.

Nickelsen already took the 50m fly gold here earlier in the meet, hitting a time of 23.13. He owns the Danish Junior Record in his PB of 22.79 from the first week of this month.

The teen took the European Youth Olympic Festival gold medal in the long course 100 fly last year in Baku, scoring a time of 52.95 after winning 100m free bronze as well.

Nickeslen’s 50.83 effort here ranks the teen as the top 18 & U swimmer in Europe this season.