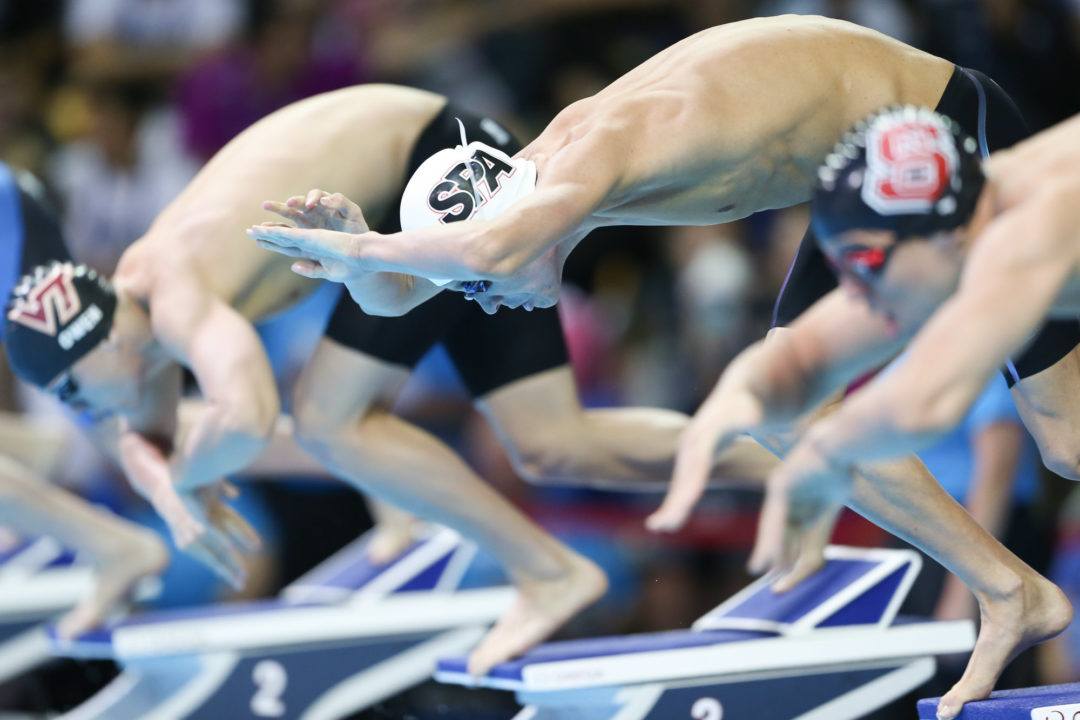 Finke's most impressive swim was the 1650 free, which he won by nearly a minute in a blistering 14:37.61. Archive photo via Tim Binning/TheSwimPictures.com

SPA’s Robert Finke was the top performer at the 2017 Florida Spring Senior Championships, earning High Point honors. Finke’s most impressive swim was the 1650 free, which he won by nearly a minute in a blistering 14:37.61. That makes him the 6th fastest swimmer in the country this year, and the fastest junior swimmer by 12 seconds. He was similarly dominant in the 100 free, winning with an 8:49.71 to put up the 4th fastest swim in the country this year.

What’s the deal with Grant Sanders? He was on Arizona’s roster last year and now he’s back swimming for the club team?

Redshirts are still enrolled in the university and go to classes. Swimming for a club team in Florida doesn’t sound like going to classes in Arizona.

Suspended for a year

Incorrect. I’ve coached Grant and am a friend of the family, he is not suspended.
Great swims for Grant and he is just getting started, look out in 2020.

I thought Grant Sanders swam for U of Arizona?

Grant is taking a year off and spending more time with family. He’s ready to return to Zona in late August.

Isabel Ivey clearly not rested at all. She swam 1.43 last December.

She was wearing a practice suit all weekend

Or the next bust

Yep – she was in a regular suit

What’s going on with Summer Finke? Is she not at FSU anymore?

Is that a nag? I think PJ Ransford had it freshman year at Michigan.

He broke PJ’s pool record with his swim. It was fun to watch!