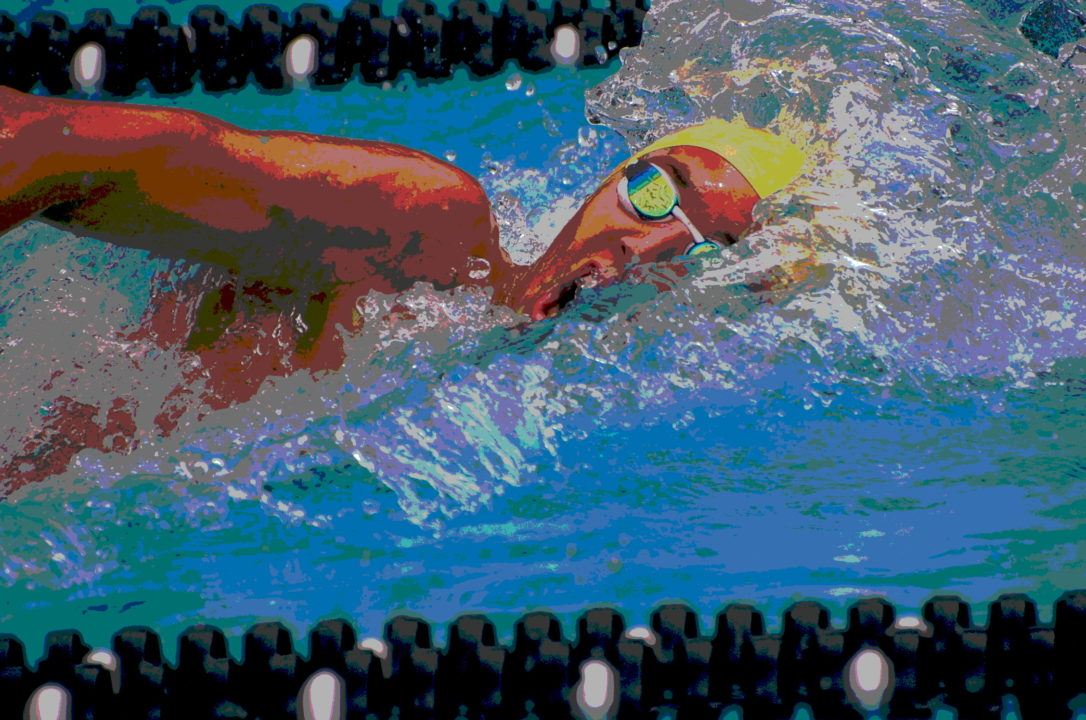 This weekend, Sam Short took on the 200m/400m/800m/1500m freestyle events, with the teen reaping gold across the entire spectrum. Stock photo via Anne Lepesant

Key swimmers from Brisbane Grammar, Rackley, Newmarket and more were in the Brisbane Aquatic Centre pool over the weekend, racing at the Vorgee Brisbane Short Course Meet.

But sprinkled among the elite international names was 16-year-old Sam Short.

We’ve reported on the Rackley teen’s swims in the past, including his 2019 Australian Short Course Championships accomplishments. The kid has steadily been making a name for himself by knocking down age records held by Olympians to the tune of Mack Horton.

This weekend, Short took on a grueling schedule which included the 200m/400m/800m/1500m freestyle events, with the teen reaping gold across the entire spectrum.

Times for Short across his short course events here in Brisbane were as follows:

All marks check-in as personal bests for Short and also bump him up among the all-time Australian performers aged 16. In the 200m free, Short had only been under 1:49 on two different occasions leading up to this Vorgee competition, owning a lifetime best of 1:49.69. As such, his outing here slashed 2 seconds off to rank 6th on the all-time list at this age.

His 400m free was impressive as well, hacking well over a second from his previous PB of 3:47.16 logged just last month. Short’s time now inserts him onto the all-time list in slot #3, sitting only behind Olympic icons Ian Thorpe and Grant Hackett.

As for the 800m free, Short was already situated as the fastest 16-year-old Aussie ever with a lifetime best of 7:53.44. However, he entered entirely new territory, hacking almost 10 seconds off of that performance to further distance himself from the rest of his age group contenders with a mighty 7:43.85.

Finally, Short’s 1500m free time of 14:52.54 demolished his previous personal best of 15:09.91 from last year’s New South Wales Age Championships. He now ranks #3 on the all-time Aussie list of 16-year-olds, once again behind just Olympians in the form of Hackett and Horton.

Look for an additional wrap-up of the meet in a subsequent post.

Brilliant swims. Congrats to Sam
(Btw , I think Hauck did a 3.43.38 last year at 16 years of age.)
Neill, Short and Hauck might be all in the same races at Qld short course. Good stuff