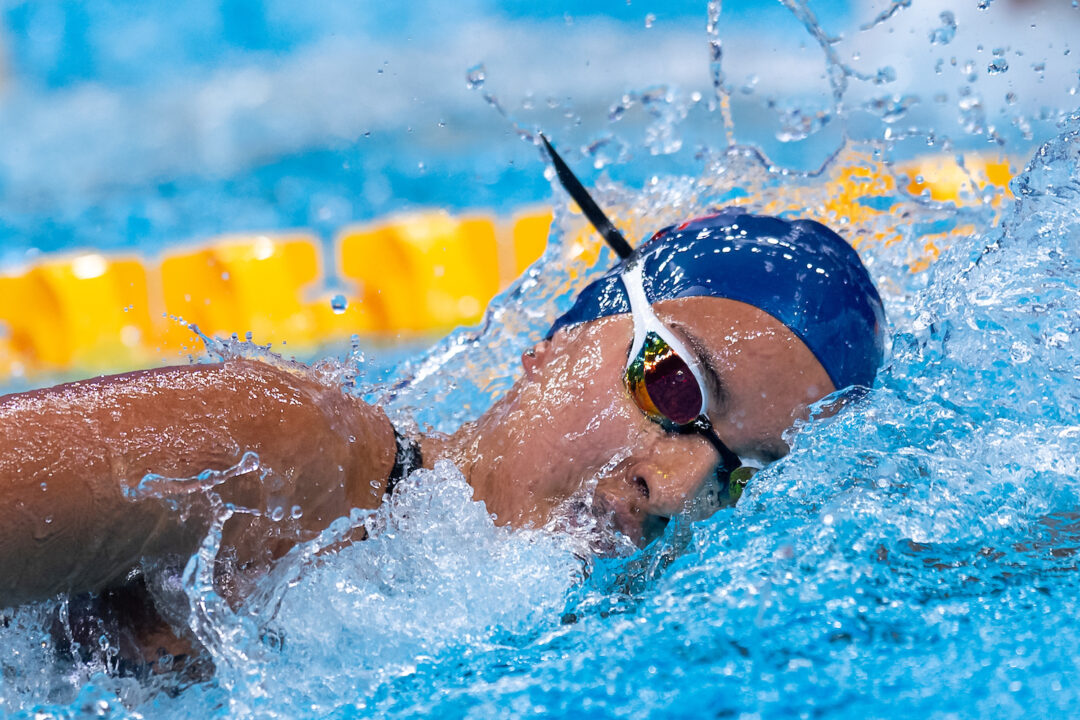 15 year-old Sasha Gatt of Malta has been firing on all cylinders over the last few months and once again set national records in the 400 and 800 freestyles. Current photo via Giorgio Scala / Deepbluemedia / Insidefoto

15 year-old Sasha Gatt of Malta has been firing on all cylinders over the last few months, breaking national records in February, then in March, and now again in June.

Swimming at the Aquatic Sports Association of Malta’s Summer Olympic Meet last week in Gzira, Gatt re-set her own Maltese records in the 400 free and the 800 free.

Both of those national records, are, of course, also Maltese age group records as well.

The Republic of Malta is a small island nation off the coast of Sicily with a land area of just 122 square miles and a population of just over half-a-million. The country sent 4 swimmers to the 2019 World Aquatics Championships, though Gatt was not among them. The country’s highest finisher at those World Championships was Mya Azzopardi, who placed 32nd out of 36 finishers in the women’s 200 IM in a time of 2:25.24.

The country usually relies on the IOC Universality program to send one male and one female swimmer to the Olympic Games. In Rio, Andrew Chetcuti finished 51st in the men’s 100 free in 51.37 while Nicola Muscat finished 53rd in the women’s 50 free in 26.60.

Gatt is the first and only Maltese swimmer to achieve an Olympic “B” qualifying time and she would seem to be a strong contender to earn a spot on the Maltese Olympic team.