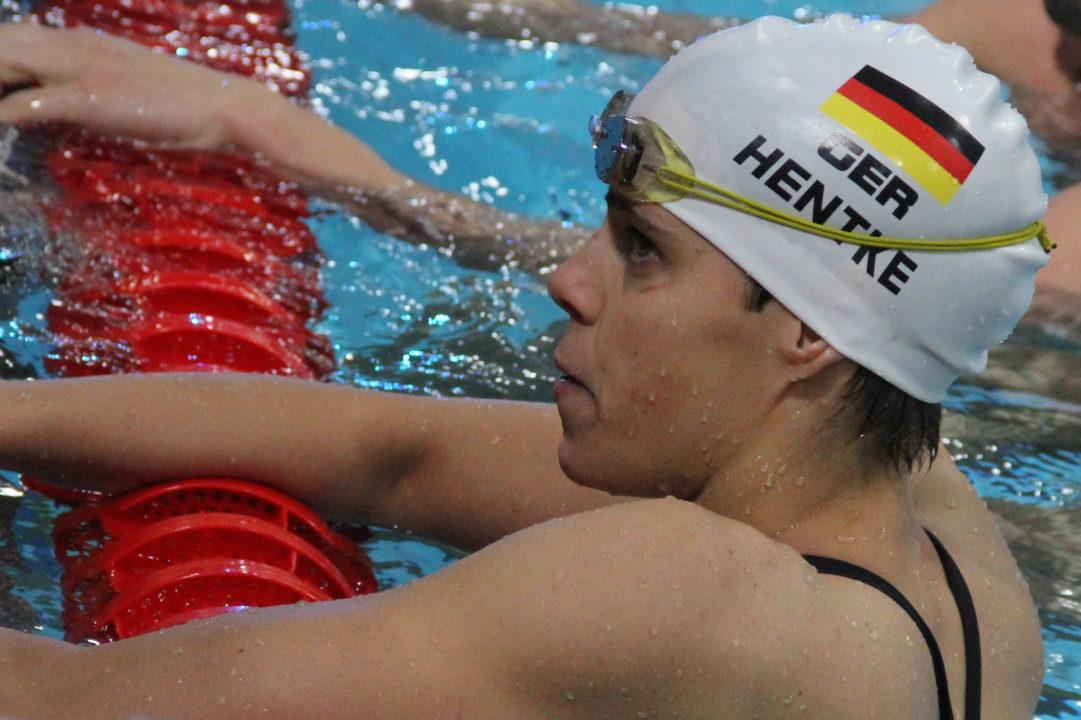 As of the conclusion of the Stockholm Swim Open over the weekend, 13 German swimmers have achieved nominating times for the 2019 World Championships.

The German Swimming Federation has created a set of time standards for individual swimmers to swim at the World Championships. The qualifying period is from January 21st through April 30th, 2019, leaving 2 more weeks for swimmers to earn qualifying times.

Germany is without a National Team Head Coach after the resignation of Henning Lambertz, and is currently being directed by a committee of the country’s leading coaches. That group has the right to nominate other promising athletes to the team.

The list below, tracked by SwimSwam Deutsch senior reporter Daniela Kapser, includes 6 women and 7 men. At the 2017 World Championships, Germany had 10 men and 4 women compete individually, which resulted in just 4 finals swims and only 1 medal: a silver from Franziska Hentke in the 200 fly.

Notably, all of Germany’s relays have hit the required qualification times. In 2017, they swam only 2 relays: the men’s 800 and the men’s 400 medley relay. Neither made the final. The top 12 teams in each relay from the 2019 World Championships automatically qualify for the 2020 Olympic Games.