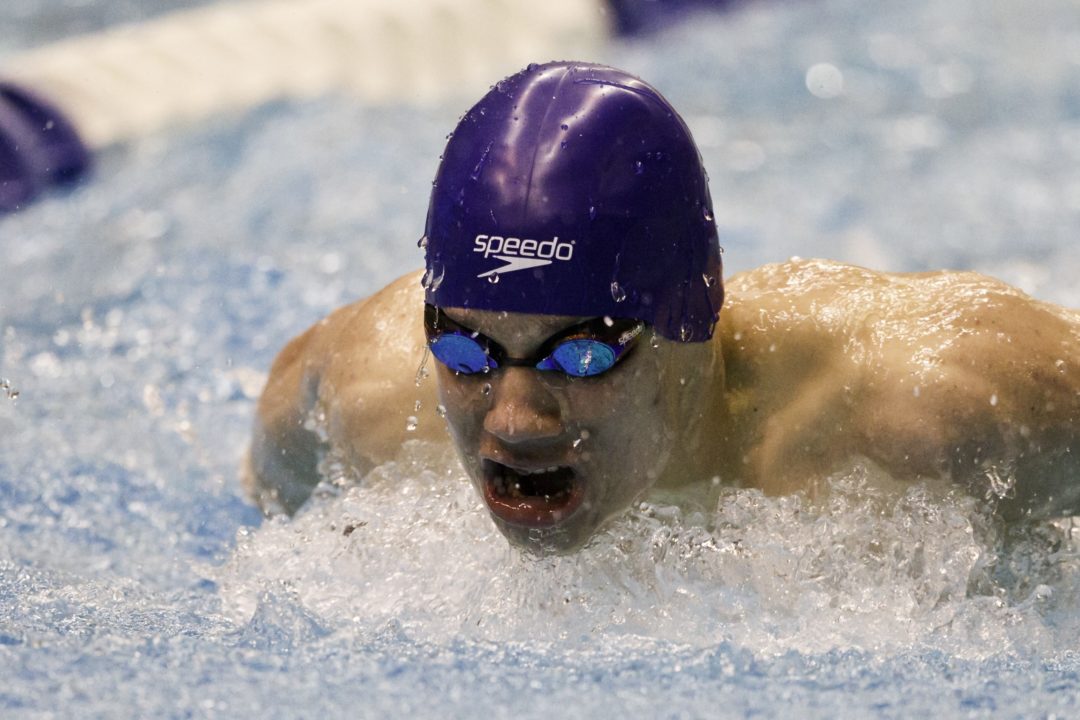 Asphalt Green's Michael Domagala is going to be a Trojan next year. (Photo Courtesy: ©Tim Binning/TheSwimPictures.com)

For a full rundown of all of the latest college commitments, click here.

The USC Trojan men continue to make big moves in the fall recruiting class, as they’ve added Michael Domagala from Asphalt Green to their list of fall verbal commitments.

Domagala is rated as the number 11 recruit in the class by collegeswimming.com: a well-warranted placement, given his versatility and lofty time-rankings. He can fill almost any role for the Trojans, but will likely fall in as a butterflier and IM’er, with some significant relay impacts as well.

The Trojans have also gotten a verbal from Steven Stumph this fall, meaning that they have the future of the middle of their medley relays shored-up for a while, plus sophomore Luca Spinazzola showing some potential in backstrokes. USC head coach Dave Salo is doing a great job of recruiting his needs this fall, but more than that, he’s expanding his nucleus. Generally, the Trojans rely on a small core of highly-talented swimmers for most of their NCAA scoring, partially because of the high cost of tuition. This team of the future, though, is shaping more into an expanded lineup that we see at places like Cal and Michigan.

Don’t forget Maclin Davis is there too as part of the butterfly training group.

this kid was born in the darkness. He feeds off of pain and the blood of his enemies. Good luck Mr. domogala and fight on!

Mikey is one of the best kids I know. So very proud of him and how he handles himself. Personally, I think the big story is that he’s still only 16 years old. BIG upside when he gets to USC. Good get for Dave.

Nice, but should have picked Princeton!

Great addition to the Trojans along with Stumph verbal! Congrats to all – the Domagala family, USC coaches and the team! Fight On!

Henry I am proud of your son, I salute Mielec-Poland. FP