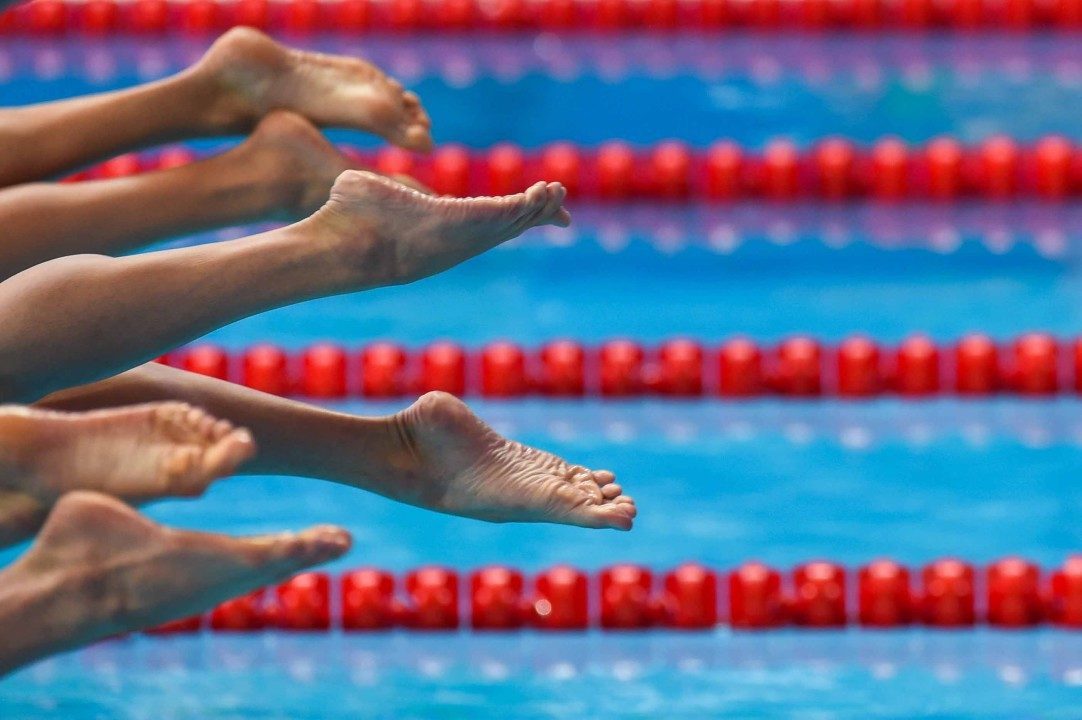 With the fall semester under way, 11 new student-athletes are set to join the Colorado State University-Pueblo Swimming & Diving program for the upcoming 2015-16 season. Stock photo via Mike Lewis/Ola Vista Photography

PUEBLO, Colo. – With the fall semester under way, 11 new student-athletes are set to join the Colorado State University-Pueblo Swimming & Diving program for the upcoming 2015-16 season. The 11 newcomers hail from five different states, including six from Colorado, two from Texas and one each from Idaho, Alaska and Florida. The incoming student-athletes will help provide depth to a young ThunderWolves squad which enters its second season as a program.

Head Coach Brian Pearson on Alex Alberici: “Alex is the cousin of fellow incoming freshman Kaila Alberici. Alex will help in our stroke and mid-distance groups.”

High School: Swam for Head Coach Diane Petkoff at Pueblo West High School … Swam for four years on the varsity swim team … As a freshman, she helped set a school record in the 4×100 freestyle relay … Competed at the state swimming championships each of her four years of high school in the 4×200 and 4×100 freestyle relays … Swam at the club level for Head Coach Louis Saiz and Steel City Aquatics.

Head Coach Brian Pearson on Kaila Alberici: “Kaila was a high school standout who had to take two years off after shoulder problems. She will strengthen the sprint corps.”

Head Coach Brian Pearson on Paige Buchanan-Hall: “Paige is a very athletic Denver East High School product who will add depth across the board.”

Head Coach Brian Pearson on Kristina Chang: “Kristina is an amazing talent from the Lone Star State. She is right on the heels of Division II national qualifying times in three events and will be an important relay member.”

Head Coach Brian Pearson on Jade Irick: “Jade was one of Idaho’s top talents last season. She will help our backstroke, butterfly and individual medley corps. She will also help immensely with depth and relays.”

High School: Swam for Head Coach Kate Doane at Cheyenne Mountain High School … Was a four-year member of the varsity swim team … Named a team captain as a senior … Helped lead Cheyenne Mountain to a second place finish at the 4A State Swimming & Diving Championships … Garnered Honorable Mention All-State honors … Posted a 3.29 high school GPA … At the club level, she swam for the Colorado Springs Swim Team and Head Coach Mike Doane … Was a Western Senior Zones Championship qualifier in 2014.

Head Coach Brian Pearson on Rachel Leach: “Rachel has a strong family lineage in swimming. Her mother Kari swam at Arizona State and both her father and mother played water polo at Long Beach State. Both of her parents coached for me at Colorado College. Rachel has developed and grown physically into an imminent threat in the backstroke and freestyle. She has been a rising star for my former collegiate coach Mike Doane at Colorado Springs Aquatics and Kate Toole-Doane at Cheyenne Mountain High School.”

Head Coach Brian Pearson on Bailee Roberson: “Bailee is another Texas product and accomplished high school swimmer. Like Whitney and Leach, Bailee will thrive in a collegiate program.”

Head Coach Brian Pearson on Arianna Rohde: “Arianna is an Anchorage, Alaska Aurora Swim Team member where she swam for Cindi Pitta. I believe that training at altitude will benefit Arianna immensely. Like Chang, Ariana hopefully will be a Division II national qualifier in several events as well as relays.”

High School: Competed at Wekiva High School under the direction of Head Coach Jeffery Sharpe … Became the first aquatics team member in school history to make it to regionals … Dove at the club level for YCF Diving.

Head Coach Brian Pearson on Lauren Smith: “Lauren is an accomplished diver from the Sunshine State with an impressive 1M and 3M list. She will do well with teammate Stefany Busch under the tutelage of Coach O’Quin.”

Head Coach Brian Pearson on Mary Whitney: “Mary is an accomplished sprinter who swam for Jefferson County’s Rocky Mountain Thunder and coach Brent Bergstedt. She is a great addition that will add depth to our roster.”

Head Coach Brian Pearson on Tracey Williams: “Tracey will add depth to the distance events for our program. She will make huge improvements as a collegiate swimmer.”