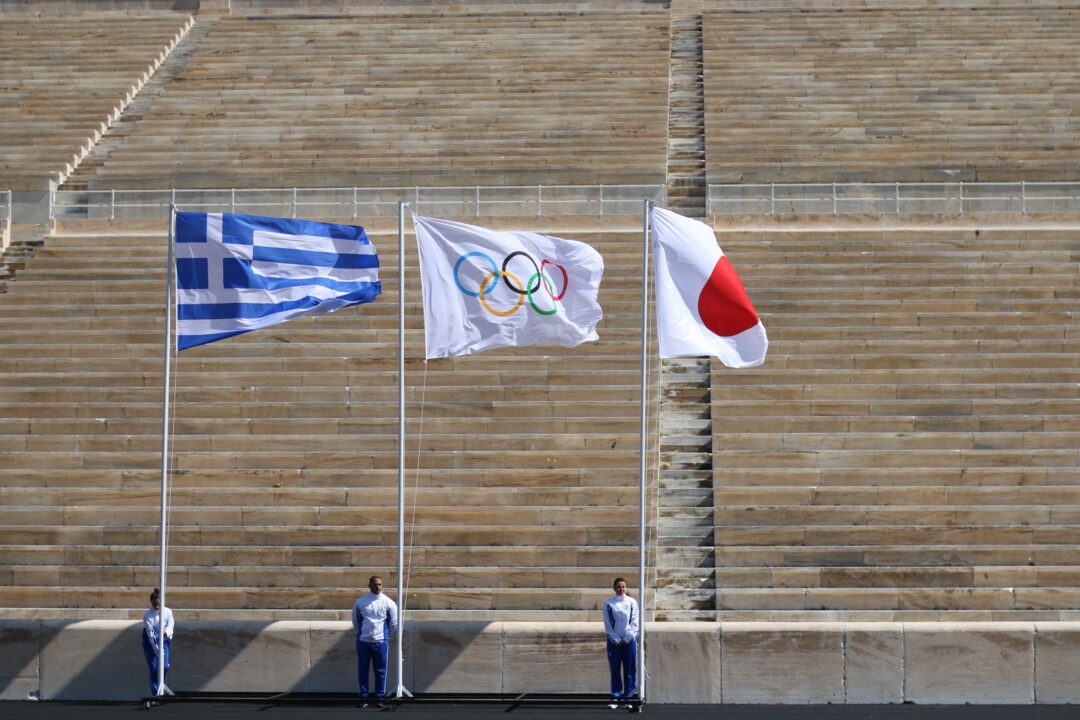 The postponed 2020 Olympics & Paralympics in Tokyo begin in 100 days on Japan time, starting July 23, 2021. Archive photo via Courtesy of IOC

It’s been just over a year since the beginning of the COVID-19 pandemic, which prompted the postponement of the 2020 Olympics in late March of 2020. By now, we’re all well used to postponements, cancelations, reschedules, no-spectator events, alterations, truncations, distancing, mask-wearing, testing, vaccinations, hand-washing and, well, you get the point. Nothing is promised in a pandemic that has spanned more than a year by now.

The Games have an ominous undercurrent buzzing on as we trudge closer to the opening day.

No foreign spectators will be allowed in Tokyo. Surveys show public opinion in Japan is not in favor of the Games happening this year. The leader of the Tokyo organizing committee, Yoshiro Mori, resigned from his post a couple of months ago after making sexist remarks. The vaccine rollout is encouraging, but it’s clear we are not through with this pandemic yet.

Despite everything, though, the Games are still going on as planned.

In the swimming world, total lockdowns have given way to limited training and intrasquad/time trial competition, which have further expanded to club meets and even national ones. While the 2021 Olympic Trials are going to be split into two meets, COVID-19 hasn’t stopped the sport from fostering racing and growth as summer fast approaches. Training hiccups may continue to present themselves, but it really does feel like the Trials will nonetheless be a successful selection meet for Team USA’s top talent.

With no major international long course championships since summer 2019, we’re going to see all of the fast racing from the past two years let fly in Tokyo.

Recent Olympic trial meets in Japan, Russia, Italy and more have given us a peek into some of the big names preparing for this summer. It’ll be time to see Caeleb Dressel and a resurgent Katie Ledecky in action, time to watch what Act II looks like for Regan Smith against Australian juggernaut Kaylee McKeown and Smith’s own American competition for the Olympic spot. We’ll get to see how far recovering stars like Sarah Sjöström and Rikako Ikee can go. Adam Peaty will lead a breaststroke field that is starting to slowly close in on him, while young butterfly talents on the men’s and women’s sides are primed to rattle World Records. Michael Andrew‘s freestyle leg of the 200 IM will get at least a few more chances this year to start a heated comment section debate.

We’re 100 days away from the start of the first postponed Olympics in modern history. Who’s ready?