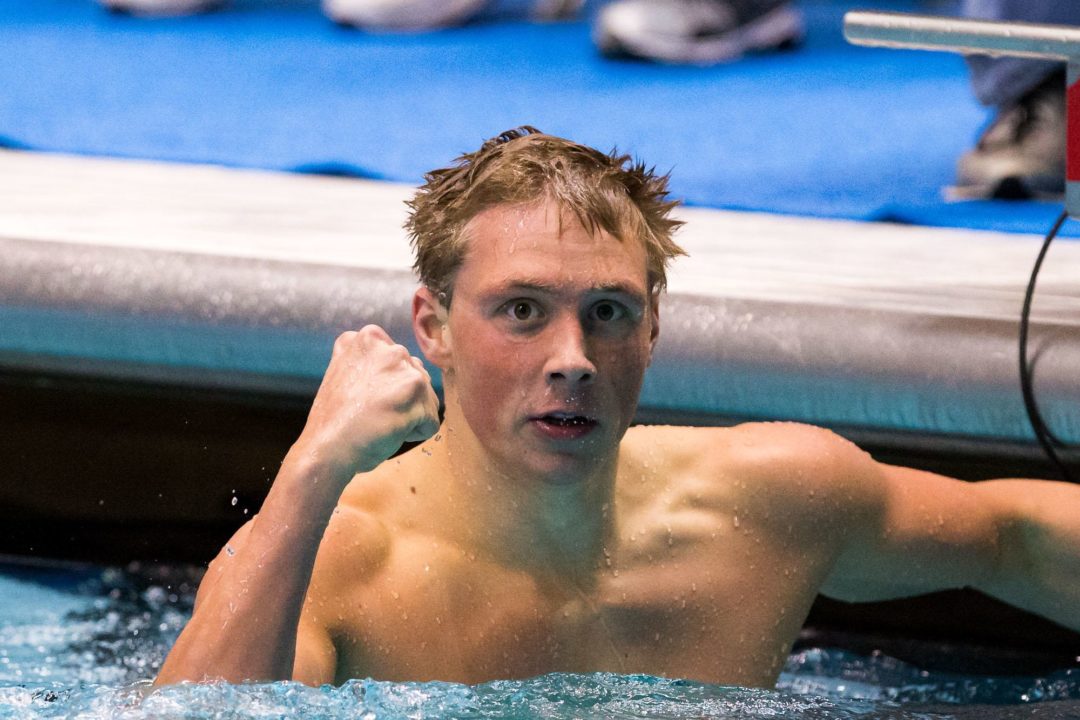 The Stanford men took on University of the Pacific at home Saturday, sweeping all 14 events and getting wins from 10 different athletes. (No diving events were contested as Stanford’s crew left town for the UCLA diving invitational).

Stanford split each of its relays four ways, putting together A, B, C and D teams that all came in relatively closely. Nolan was on the two fastest relays – in the medley he teamed with Mason Shaw, Connor Black and Cole Davis to go 1:30.29, and in the 200 free relay he swam second, joining Thomas Stephens, Ethan Hallowell and James Ross on the 1:23.33 team.

In addition to Williamson, a few other freshman made notable appearances at the meet. Justin Buck went 9:23.12 to win the 1000 free by almost 30 seconds. The runner-up was another freshman, Kale Ai from Pacific, who was also technically the top finisher in the 500 free after Stanford exhibitions.

Stanford freshman Daniel Le won the 100 breast in 56.31, just ahead of teammate Mason Shaw. In that event, freshman and two-sport athlete Charlie Wiser also made his first ever individual appearance for Stanford swimming, going 58.70. Wiser finished up as a part of Stanford’s water polo team this fall.

Full results of the meet are available here.

You are correct. Thanks for the heads up