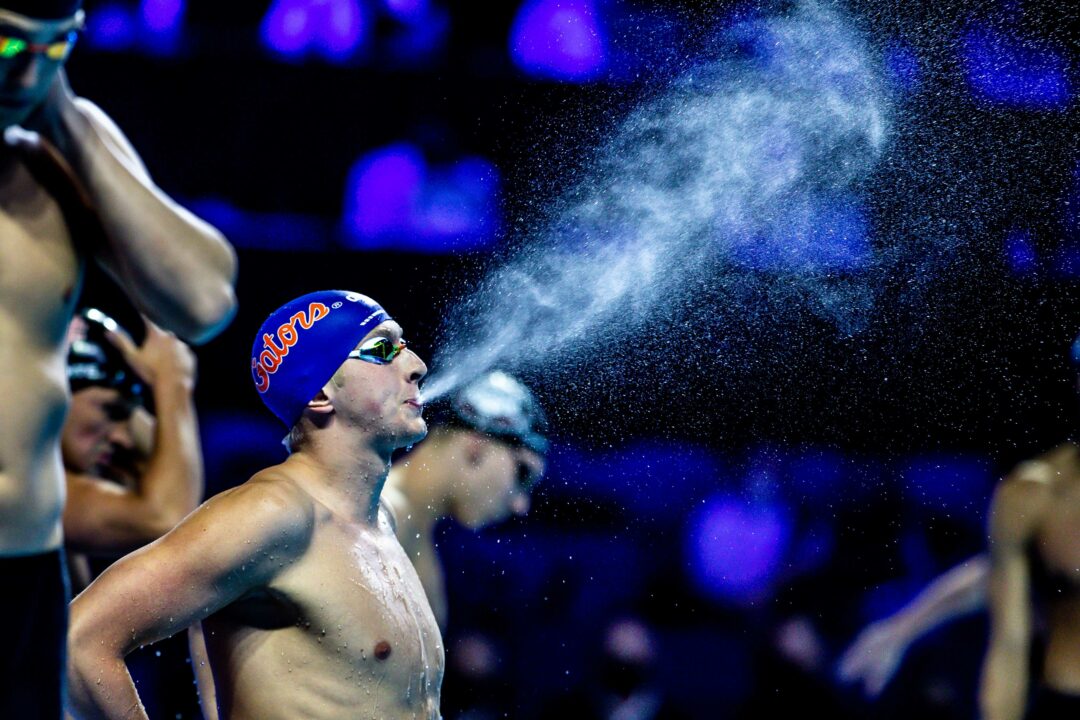 Florida's Kieran Smith is the defending NCAA Champion in the 200 free, but he's chosen the 400 IM on day 3 of SECs for the fourth straight season. Archive photo via Jack Spitser/Spitser Photography

Kieran Smith, the fastest swimmer in the SEC this season in the 200 free, has scratched that race on day 2 of the 2022 SEC Swimming & Diving Championships.

After swimming the 500 free on Wednesday and placing 2nd, Smith dropped the 200 free on Thursday. While he is the defending NCAA Champion in the event, he has never raced it at the SEC Championships, usually opting for the 400 IM instead.

While Smith is clearly not peaking for this meet, based on his 4:10 in the 500 free, his 1:30.42 leadoff leg on Florida’s SEC-Record setting 800 free relay was the best in the field, and he would’ve still been the favorite to win that event.

Instead, he’ll race the 400 IM on Thursday, an event he won at last year’s SEC meet. He’s the 9th seed in the event with a season best of 3:46.95, but his lifetime best of 3:37 from the 2020 SEC Championships is well ahead of expectations for what anyone else can do in this field.

Wrong Drake. Both led off relay and smith beat him

bullying smith out of the 200

Except that Smith has always swum the 400IM at SECs. He’s the defending champion in the 4IM.

He has never swum 200 free at secs and scratches happen before the 500!

More like he’s swimming it bc Finke isn’t there

He did the same thing last year when Finke WAS there. just a chance to swim another event so he doesn’t get bored!

Maybe Sates is scared of Kieran in 4im and thought 200 was the easier route?!?

Smith doesn’t dodge anything. He’s been to open water Nats multiple times and swam the 10k (25-50x his main event length). Let the man swim what he wants. He’s an incredibly versatile athlete, so maybe you should allow him to be that way.