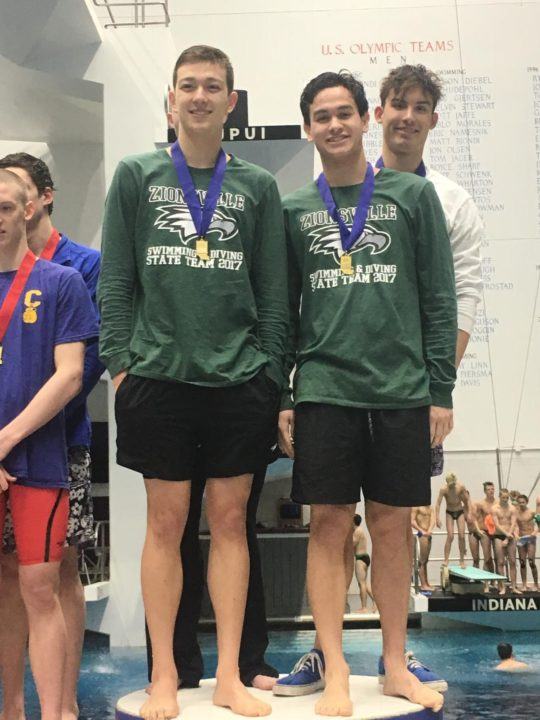 The boys’ 200 medley relay from Zionsville High School in Zionsville, Indiana has broken the National Public High School Record in the 200 yard medley relay, swimming a 1:29.44 on Saturday at the Indiana State Championship meet.

While that Chesterton relay was faster on each of the first 3 splits, Zionsville’s anchor Franzman, who would go on to win the 50 free in 20.00, made up the difference with a split more than a full-second better than Chesterton’s anchor.

It's @ZCSeagles taking 1st in the 200 medley relay with an insane time of 1:29.44. That's a new national record! @indyhsscores pic.twitter.com/tRuBiFhyai

Congratulations to the group of guys from Zionsville great group, of guys they deserve it

Congratulations to the boys from Zionsville. They worked their butts off for this record for the past four years they deserve it!

Aaron Whitaker would’ve been quite a difference-maker in Columbus this weekend.

What ever happened to him?