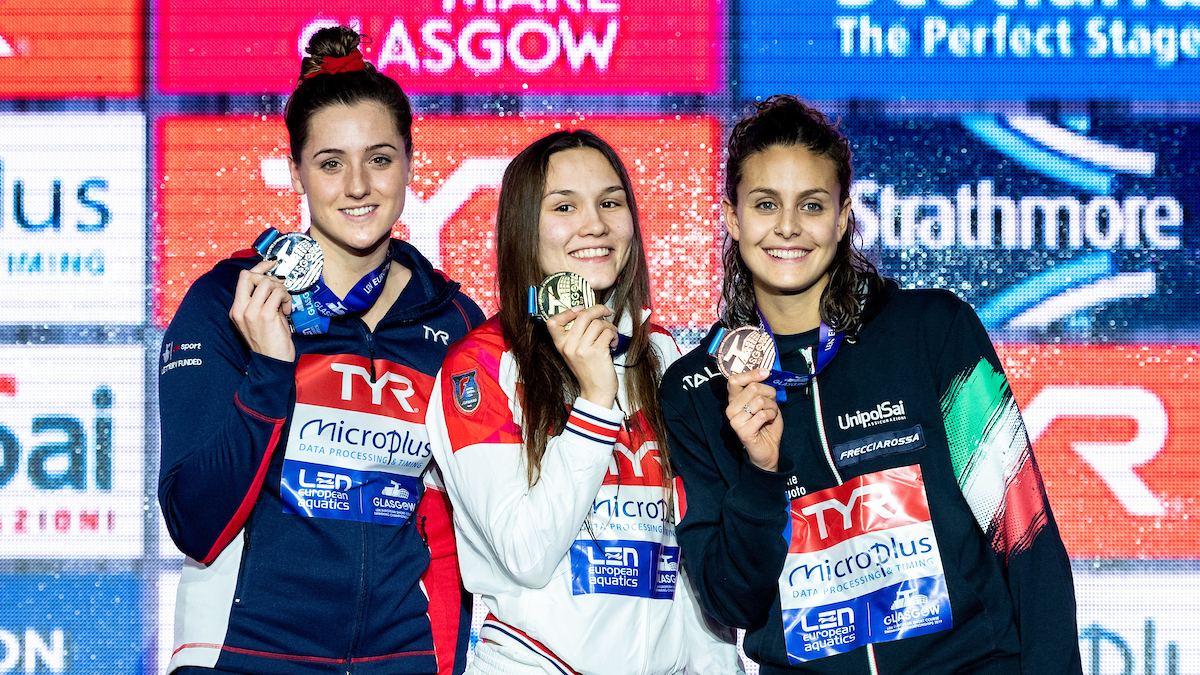 Andrey Zhilkin and Maria Temnikova added their names to Russia’s Olympic roster on the penultimate day of the Trials in Kazan, while four others added a new event to their Tokyo schedule.

Ilya Borodin was the runner-up in that race, getting under the FINA ‘A’ cut by two-tenths in 1:59.35 to add the 200 IM to his schedule after qualifying in the 400 IM earlier.

Temnikova upset reigning world champion Yuliya Efimova in taking second in the women’s 200 breaststroke, hitting a personal best time of 2:22.76 to take second to Evgeniia Chikunova (2:21.63). Like Zhilkin, this will be Temnikova’s first Olympic appearance.

For more on Efimova missing the team in the 200 breast, the three-time world champion and 2016 Olympic silver medalist in the event, click here.

Chikunova adds a second event to her lineup after winning the 100 breast earlier, where Efimova qualified for a fourth Olympics in second place.

Also qualifying in a new event on the day was Evgeny Rylov in the men’s 200 backstroke (setting a new European Record in the process), and Maria Kameneva in the women’s 100 freestyle. Both swimmers had already qualified in their respective 100 back races.

What a beautiful group of gals.