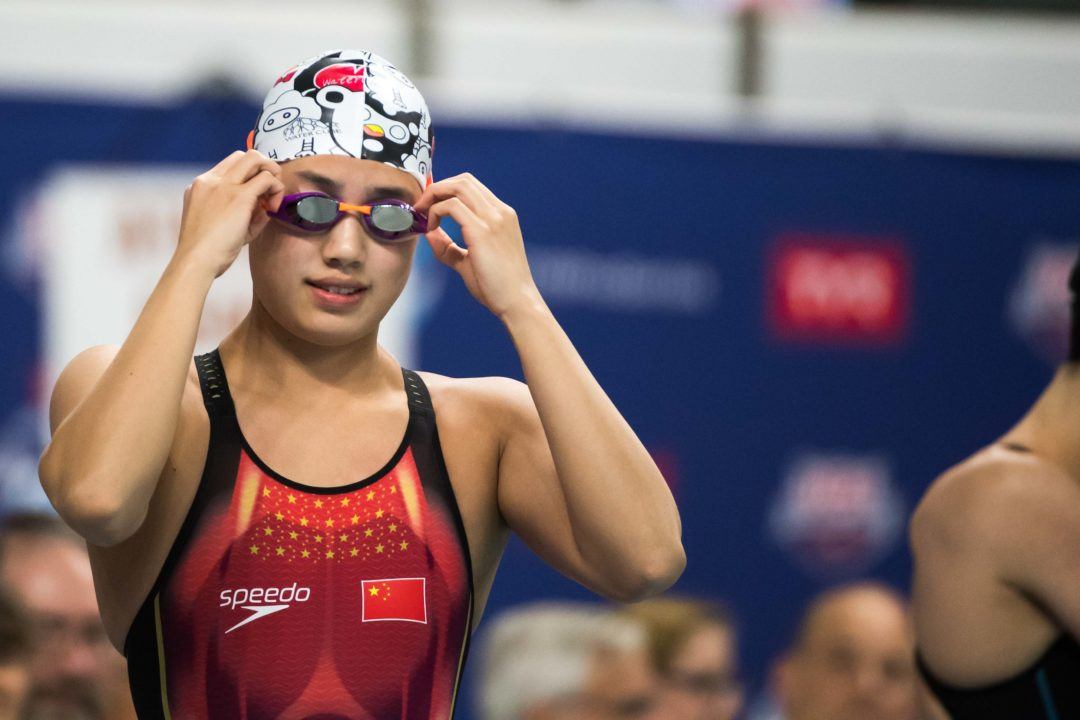 Zhang Yufei won the 50 free final with a time of 24.32, .14 faster than her victory in the semifinals. Wu Qingfeng took 2nd place close behind (24.37) while National Record-holder Liu Xiang claimed 3rd place (24.61). All three women broke the FINA ‘A’ cut, but only the top two are guaranteed spots on China’s Olympic roster.

Yufei’s time puts her within the top ten fastest women in the event in the world this season, though her season-best time of 24.31 from December ranks her 9th:

In the men’s 50 free final, Chinese National Record-holder Yu Hexin touched the wall 1st with a time of 21.89, within .10 of his National Record from last year. Hexin placed 20th in this event at the 2016 Rio Olympics and he was the only swimmer to crack the FINA ‘A’ cut in the final today. This time puts Hexin just outside of the top 12 men in the event in the world this season.

As a reminder, this is the first of two Olympic qualifying meets for China, with the second Trials meet scheduled for May 31st – June 1st. While some events have less than two swimmers qualified so far, those unclaimed Olympic roster spots can be earned later this month. You can read our most recent Chinese Olympic roster update here.

Top 3 Finishers in Each Event:

Quite disappointing showings from both Liu Xiang and Ji Xinjie. Hopefully both perform to their best in the second Chinese qualifiers next month.