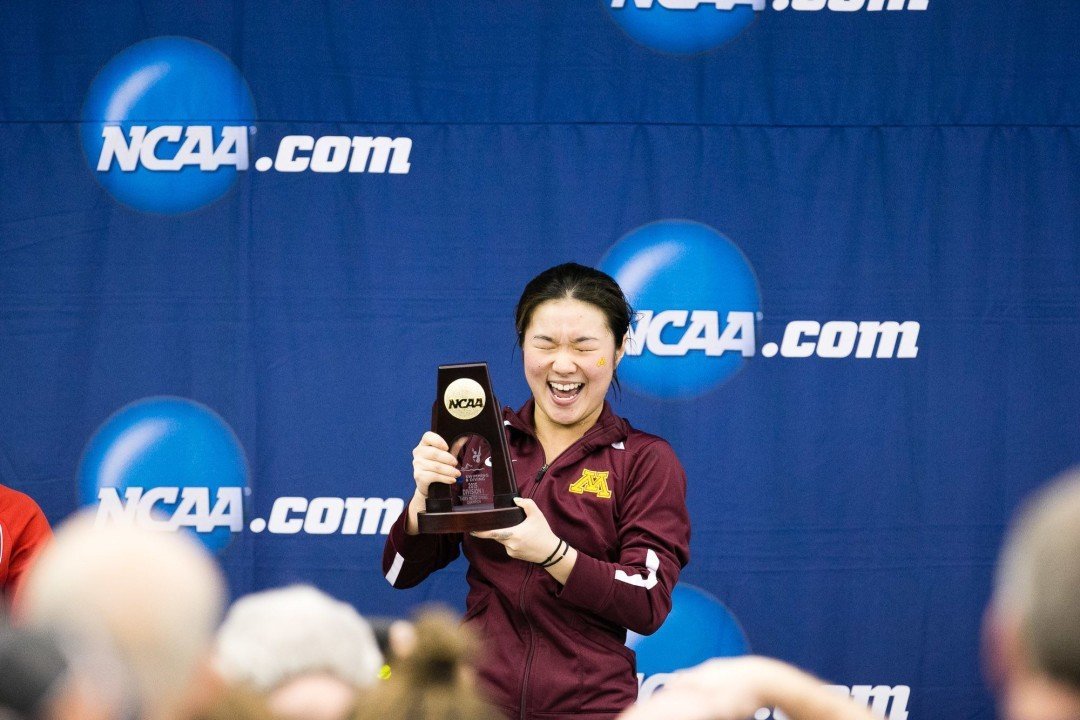 Minnesota sophomore Yu Zhou completed a sweep of the women's events at the 2016 Zone D Championships with a platform win, and her Gophers added one more diver to NCAAs to bring their roster to 7. Archive photo via Tim Binning/TheSwimPictures.com

Minnesota sophomore Yu Zhou completed a sweep of the women’s events at the 2016 Zone D Championships with a platform win, and her Gophers added one more diver to NCAAs to bring their roster to 7.

Zhou, the defending NCAA champ on 3-meter, won all three boards at Zones, punctuated by an 11-point win on platform. Her teammate Lexi Tenebaum was second as a Minnesota team that’s a little thinner in the pool this year crushed the diving qualification.

Texas’s Mark Anderson added his second win of the meet on platform, and the Longhorns look primed to repeat as men’s NCAA champs after qualifying 3 men, all under NCAA reimbursement status.

The final qualifying lists are below. 7 women and 8 men will earn NCAA reimbursement, and the rest of the names are eligible to compete at NCAAs on their school’s dime.*