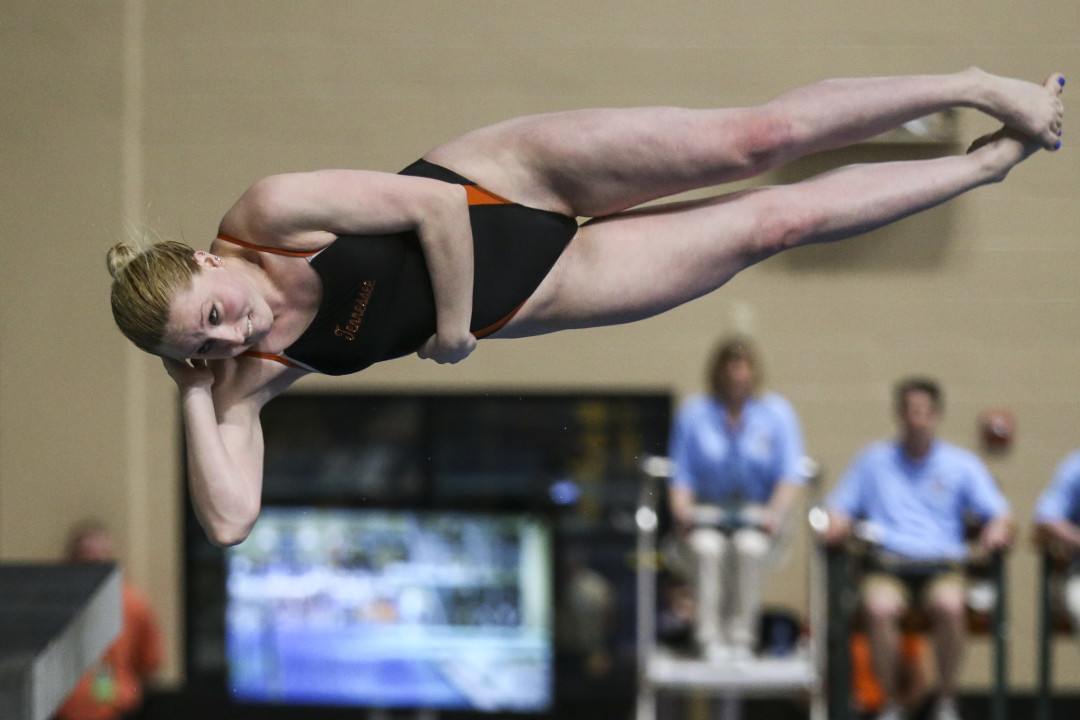 Tennessee’s Rachel Rubadue and Florida State’s Dylan Grisell won platform titles to prevent sweeps by Kahlia Warner and Mauricio Robles on the final night of the 2016 Zone B Championships.

Rubadue, who had already qualified for NCAAs through both springboard events, won the platform dive to stop Florida’s Warner from completing a three-event sweep. Warner finished 6th overall.

Rubadue should provide a solid boost to Tennessee’s NCAA roster after taking 1st on platform, 3rd on 3-meter and 8th on 1-meter at Zones.

Meanwhile Florida State’s Grisell won the men’s platform, beating 1-meter and 3-meter champ Robles of Tennessee, who was 3rd. It was a solid final night for FSU, with Cassidy Gebhart adding a last-minute NCAA berth as well.

In terms of the top programs in the NCAA team race, Alabama added another male diver in Dylan Marin, though he’ll be hard-pressed to score at NCAAs after taking 7th on platform in the zone.

The final qualifying lists are below. 8 women and 9 men will earn NCAA reimbursement, and the rest of the names are eligible to compete at NCAAs on their school’s dime.*

I thought that eating excess carbs before bed slowed the release of naturally-occurring growth hormone. Please correct me if I’m wrong.

What happened to Tampa’s women sprint group? They had such good relays last year yet none qualified this year. Barton is literally carrying the entire team on her back.