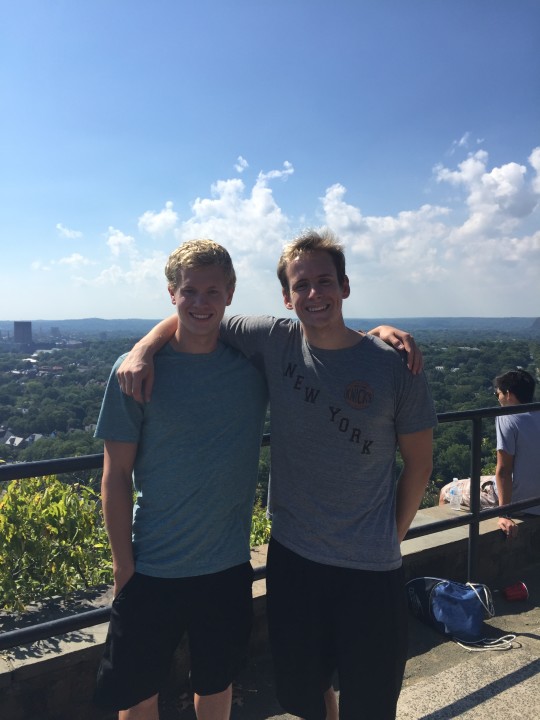 Christopher Miller from Reno, Nevada has made his verbal commitment to the Yale University Class of 2020. Miller holds Summer Juniors cuts in the 200, 400, 800, and 1500 LCM free as well as a Winter Nationals cut in the 500 free.

Miller swims at Lakeridge Swim Team under head coach Sharon Weiss (the club also produced National Teamer Michael Weiss), where he is the Nevada club state champion in the 400IM and a Winter Juniors “B” finalist in the 500 free. Representing Sage Ridge School at the NIAA Division 1-A (small schools) Championships, Miller is the two-time defending state champion in the 500 free and anchored the school’s second-place 400 free relay in 2014. His top times over the last two seasons are:

Miller’s times in the 500-1000-1650 free would already score in the B/C finals at Ivy League Championships, but he has the potential to develop into an even more valuable point-earner training with Yale’s outstanding distance group. One of the deciding factors in Miller’s choice was the opportunity to join Reno-area friend, Ben Lerude. Although Yale distance star Brian Hogan will have graduated by the time Miller suits up in Bulldog blue, he will have one year of overlap with Lerude and two with Kei Hyogo.

“When I went on my recruiting trip to Yale, I immediately fell in love with the pool and campus. How I fit in with the team was a major factor and when I went there, the team made me feel like I was at home. Between their world-class academics and their upcoming team, I am glad to choose Yale. Go Bulldogs!”

*DISCLAIMER: Miller has not yet been officially accepted to Yale. As is true with all Ivy League schools, Yale’s Admission Office will not send its acceptance letter until the beginning of December, along with those of all Early Action candidates. The procedure for a recruited athlete like Miller is for Admissions to review his transcript and SAT scores, “support his application for admissions in the fall,” issue a Likely Letter, then offer him acceptance into the class of 2020.