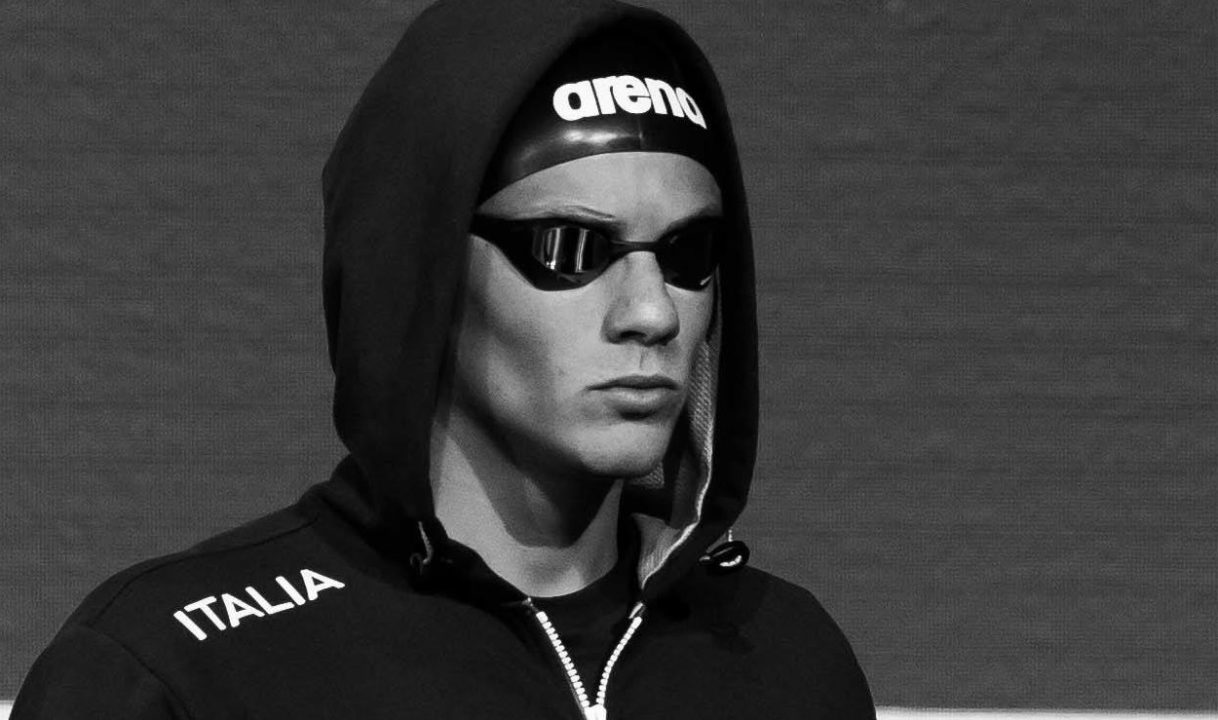 Pedoja says that Martinenghi has a fracture of his pubic bone, and an initial test did not find that to be the case as severe inflammation hid the fracture. Pains began in the spring of 2017, but Pedoja says they were not extensive until Martinenghi’s busy summer, which consisted of Euro Juniors, World Champs, World Juniors, Mare Nostrum, and more high level meets.

Thus, Martinenghi has been doing mostly a pull work in the water but has been avoiding pushing off the walls and doing dive starts to allow time to heal. Pedoja shared that Martinenghi hopes to be back to full-time training by mid-May and has plans to compete in a few meets in June. He will try to qualify for the 2018 European Championships in Glasgow, which are to be held in August.

Martinenghi took the 50 and 100 breast at the 2017 World Junior Championships in WJR fashion, and this past December, he set WJRs in short course at the 2017 European SC Championships. He also underwent tonsil and septum surgery immediately following those Euro SC Champs