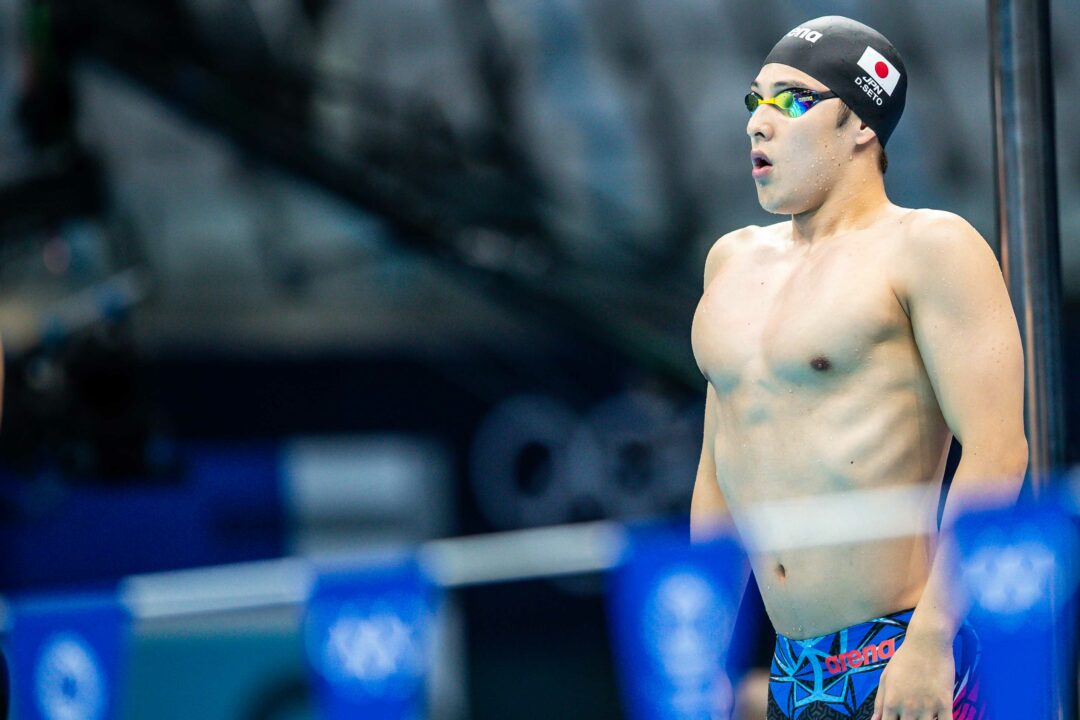 Multi-world champion and 2016 Olympic medalist Daiya Seto of Japan has come down with COVID-19.

The 27-year-old confirmed to SwimSwam today that he is asymptomatic and taking the necessary quarantine precautions and following the recommended protocols. However, his status does mean he will miss the 2022 Kosuke Kitajima Cup.

And he’s not alone, as former World Record holder Ippei Watanabe, too, has COVID-19 and will miss the same meet.

This year’s Kosuke Kitajima Cup, named for multi-Olympic Japanese champion Kosuke Kitajima, is slated for Friday, January 21st through Sunday, January 23rd at the Tatsumi International Swimming Centre. The competition represents the first of the annual trio of ‘K’ meets set to unroll in Japan, with the Konami Open and Kirara Cup kicking off next month.

Historically, the competition has brought about some eye-catching performances. It was at the 2018 edition where Rikako Ikee fired off the still-standing Japanese national record of 52.79 in the women’s 100m freestyle. Also, the aforementioned Watanabe scored his former World Record of 2:06.67 in the men’s 200m breaststroke the year before.

Look for a detailed meet 2022 Kosuke Kitajima Cup preview to be published shortly.

Japan, like most of the world, is facing a wave of coronavirus infections that is driven by the Omicron variant, which is believed to be more contagious but cause less severe disease, on average, than previous variants of concern. The country’s Omicron wave started much later than much of the world, with Monday’s case count of 26,881 being a new record high for the country. At about 21 daily cases/100,000 residents, however, that is still one of the lowest rates of infection in the world.