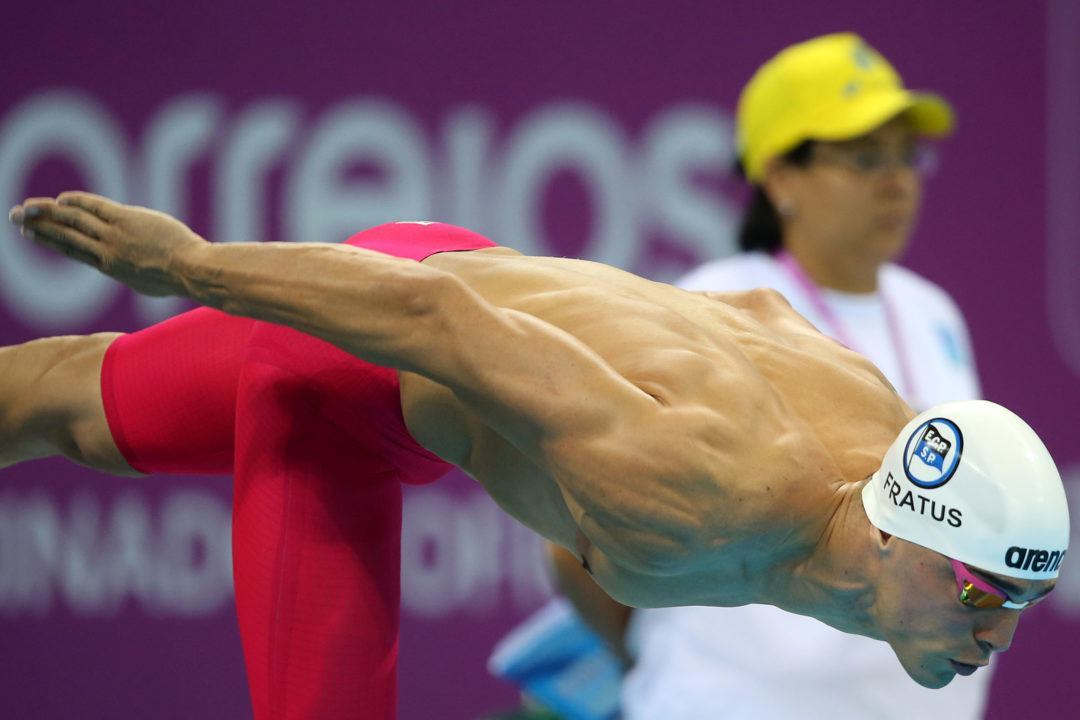 Bruno Fratus has been battling a back injury since 2008, but says that it is "100%" and ready for Rio. Archive photo via Satiro Sodre/SSPress

After Cesar Cielo failed to make the 2016 Rio Olympic Team and compete for the ultimate glory – a gold medal in front of a home crowd – his country mate Bruno Fratus picks up the torch as the country’s best swimmer in the country’s favorite event – the 50 free.

Fratus has battled several injuries in the last four years, including a shoulder surgery in 2013, but says that his latest ailment – a back pain, is completely healed and he’s ready to race.

“My back is fine,” Fratus told Globo Esporte. “You get to a high-level sport and just dealing with injury is normal day-to-day.There is nothing to worry about, nothing to lose sleep over. Everything is alright. We tried, and here I am 100% in physical form – guaranteed.”

Fratus, who has been training in the United States at Auburn University, has been receiving treatment on his back in the United States. The general manager of sports performance for the Brazilian Olympic Committee (COB) said in June that Fratus’ health was one of the committee’s biggest concerns ahead of high medal expectations for the home team. He has been dealing with the injury since 2008.

Fratus took a bronze medal at the 2015 World Championships in Kazan, Russia, and his 21.37 from Brazil’s Winter Championships in December is the world-leader this season heading into the Olympics.

His subpar performance on Maria Lenk was due to this Injury, he almost missed the meet altogether due to that..

I think he’ll put up some decent swims

He will be ready to battle it out with Adrian , Ervin and Manaudou in the 50 free for a solid medal . Great race in perspective