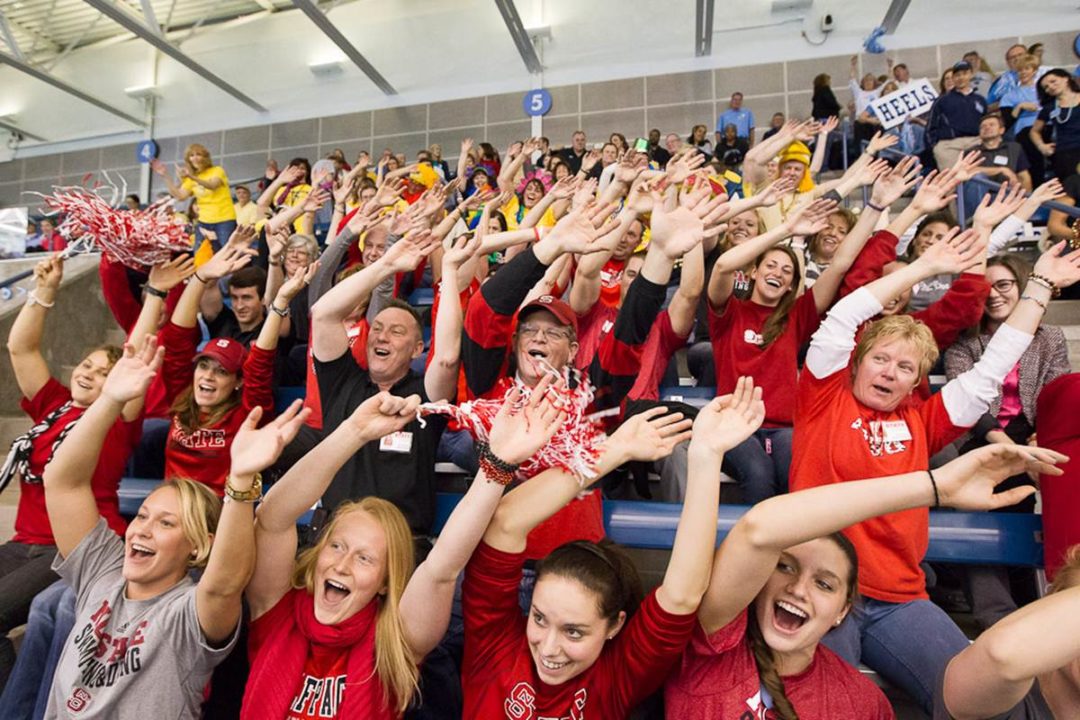 "We welcome the Villanova Wildcats to Raleigh on Friday,” said head coach Braden Holloway. “We look forward to racing a top team from the Big East Conference with great tradition..."

The NC State swimming & diving team is scheduled to resume its home slate Friday afternoon, as the Wolfpack welcomes Villanova to the Willis R. Casey Aquatic Center for a 3 p.m. tilt.

“We welcome the Villanova Wildcats to Raleigh on Friday,” said head coach Braden Holloway. “We look forward to racing a top team from the Big East Conference with great tradition. It’s nice to compete against new teams because we aren’t familiar with their individual racing and diving styles, so it creates a challenge to see how our team reacts to the competition and stays within their game plan that works best for them.”

On the women’s side, senior Zina Grogg posted a first-place, two second-place finishes and a third-place finish at Georgia. She captured a victory in the 100 backstroke, as she tapped the wall in a time of 55.38. In addition, the senior from Moon Township, Pa., also posted a pair of second-place finishes as a member of the 400 free relay (3:30.48) and the 200 medley relay teams (1:42.05).

Villanova comes to Raleigh with a 3-5 mark on the women’s squad, while the men’s team is 0-6 on the season. The Wildcats will be competing for the first time in the 2014 calendar year, as the women’s team finished fifth in its last outing at the Big Al Open in early December of 2013.

All fans in attendance at Friday’s swim meet will have the opportunity to win two tickets to the NC State vs. Virginia men’s basketball game on Jan. 11 at PNC Arena in a raffle drawing at the meet.

Fans are urged to park on the 2nd-4th levels of the Reynolds Coliseum parking garage for Friday’s meet. Live stats for the meet will be available via the Meet Mobile app for iPhone and Android.

This release was provided to SwimSwam courtesy of N.C. State swimming & diving.