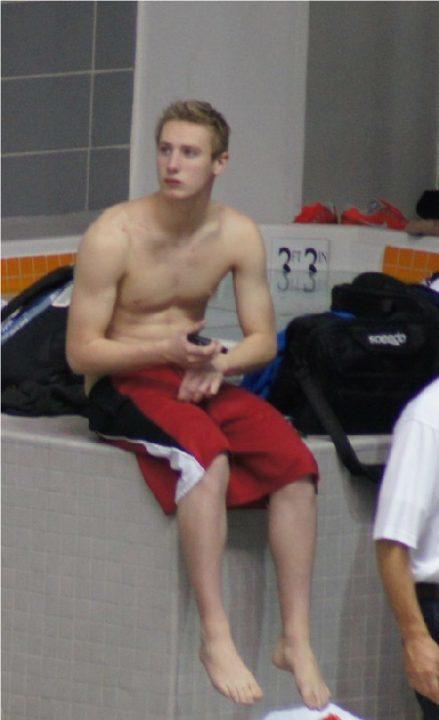 Badger Aquatics Club's Jon Marsh has made a verbal commitment to Arizona State for 2015-16.

Jon Marsh, a senior at Madison Memorial High School, has made a verbal commitment to join the Arizona State University men’s swimming and diving team’s class of 2019.

Marsh trains under Drew Walden Badger Aquatics Club in Madison, Wisconsin. He is a national-level free/fly specialist and finaled in the 50m free (third), 100m free (fifth) and 100m fly (second) at 2014 NCSA Summer Swimming Championships. His top times over the last two seasons are:

What’s interesting about Marsh is that he took some time off after his previous team went under and his coach moved away. He came back with renewed focus and had a very successful long course season this past summer. If his recent progress is any indication of his future potential in the Sun Devils uniform, Marsh should be a huge asset to Arizona State in Pac-12 competition, both in individual events and on relays.

his stats are really good ! Can’t wait to watch his progress at ASU. He will do great

Great news from a fan from Montana. Go Jon!