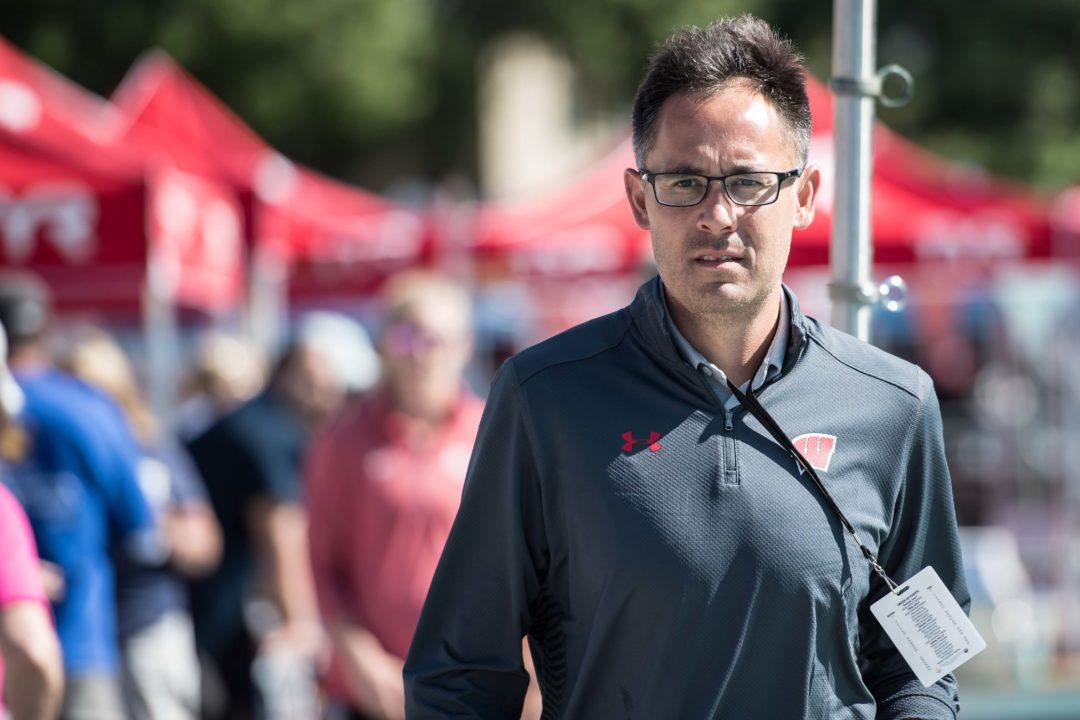 Wisconsin uses a unique method of contract renewal for its head coaches. Each season, the athletics department makes a recommendation to the board on whether to renew a coach’s contract (which keeps it at the same length) or to maintain it (without adding the extra year).

In this case, Suguiyama’s contract was actually extended from a 3-year runway to a 5-year runway: the last renewal, in April 2021, only extended through June 14, 2024. His new deal gives him a five-year agreement, which is in line with the group of more-established coaches who also had their deals extended this week.

Suguiyama’s stock is rising rapidly in Madison: since his last extension in April 2021, Suguiyama qualified a swimmer for the Tokyo 2020 US Olympic Team. Phoebe Bacon placed 2nd at the Olympic Trials in the 200 backstroke, and eventually placed 5th at the Olympic Games in the same event.

Bacon was the Big Ten Champion in the 100 and 200 backstroke in February, and was the NCAA runner-up in the 200 back.

At the Big Ten Championships, both the Wisconsin men and women finished in 4th place as a team. For the men, that was a second 4th-place finish in three seasons. The team had previously not placed that high since 2001.

The Wisconsin women finished just 15 points behind Indiana, almost breaking up the top three lock that Ohio State, Michigan, and Indiana have had, in some order, for the last five seasons.

Wisconsin also opened a new $20 million+ aquatic center on campus, replacing what was one of the worst facilities in the Big Ten with a 50-meter pool and 1,200 spectator seats.

Suguiyama took over the program in 2018.

Public data shows that Suguiyama earned $161,164.12 in total pay from Wisconsin for the 2021 fiscal year. That was less than he made in either of the prior two seasons. His initial contract had a $150,000 base salary, which was a 34% increase over that of his predecessor Whitney Hite.