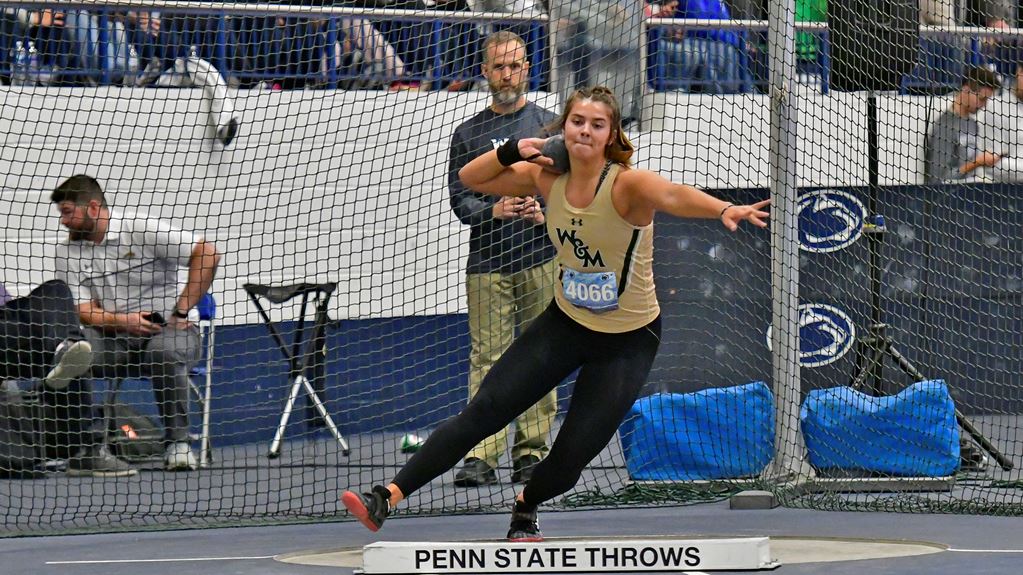 26-members of the William & Mary women's track & field team have signed a letter saying that they won't compete until their men's team is reinstated. Archive photo via William & Mary Athletics

Hali Flickinger told Mark Foster in a post race interview that she didn’t really like the 400 IM, but was happy to swim it for her team anyway.

Members of the women’s track & field team at William & Mary have signed a letter saying that they will not represent the school “in uniform” again until the men’s team, which was eliminated among a spate of cuts to the athletics programs this summer, is reinstated.

26 athletes have signed the letter, titled “Open Letter to the Administration and Board of Visitors,” and taped a copy to the door of the residence of university president Katherine Rowe.

Last week, the school announced that it was reinstating the 3 women’s programs included on that list, swimming & diving, gymnastics, and volleyball, but said there is “no clear and easy pathway to reinstate the four suspended men’s programs immediately, while making significant progress toward gender proportionality within the department.”

The reinstatements came amid escalating tensions between student athletes (current and former) and the athletics department. Those tensions eventually saw athletics director Samantha Huge resign, which has apparently not cooled-off the battle.

“We will begin a campaign of passive resistance to the unfair practices and policies of the College’s administration, including the dishonest manner in which these decisions were arrived at,” the team wrote in its letter. “As such, you can expect to see us front and center voicing our concerns about these issues; you can expect us to take our argument to our student body, to our faculty, and to our alumni; what you should not expect is for us to show up in uniform, representing this institution, until this matter is resolved. A College that does not share these core values is not a College to be valued.”

The letter also addressed concerns over the lack of transparency in the process, and a shifting narrative of the reasons behind those cuts, with Title IX being the current blame.

Among the primary arguments made by the swimming & diving program was the very low cost burden of about $180,000 per year to the university for both teams. The savings by eliminating just the men’s team are even lower, and a recent fundraising effort that has $1.2 million in pledges so far, makes the cost burden to the university even lower.

The William & Mary women’s track & field program finished 4th out of 8 teams at the 2019 CAA Championships. The school was represented by 3 women at the 2019 NCAA Outdoor Track & Field Championship meet in field events.

Victoria Gersch, a 2020 alumnus of William & Mary and a member of the

The full letter signed by members of the women’s track & field team can be found below, courtesy: Save Tribe Track & Field.

That’s a noble gesture (and an interesting tactic), I just hope it doesn’t backfire on them.

Good for them! People need to rise up, fight the corruption, and get nasty with these administrators and elites that are cutting sports to cover for their financial mismanagement. Cut sports= lose your job

Wondering if women’s swimming will do the same…