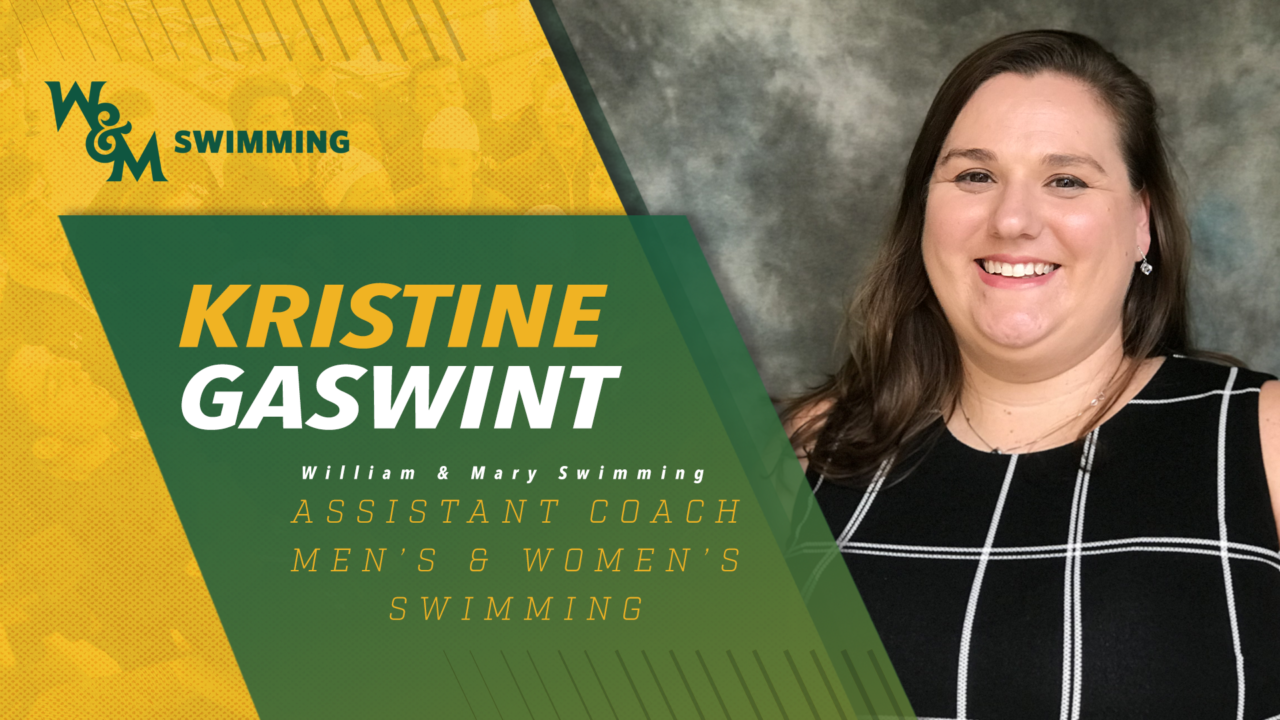 William & Mary head swimming coach Nate Kellogg announced the hiring of Kristine Gaswint today, as an assistant coach for the Tribe’s nationally-recognized men’s and women’s swimming teams.  In addition to on-deck coaching, Gaswint will assist with all administrative, recruiting, and training aspects associated with improving W&M’s program to an even higher level.

“I’m excited to welcome Kristine to the Tribe,” said Kellogg. “She has developed into an outstanding coach and her wealth of experience will certainly add value to our team. I know Kristine will play a tremendous role in helping our student-athletes, both on and off the pool deck.”

Gaswint comes to Williamsburg with nearly a decade of coaching experience, including the last seven years as an assistant at Bucknell.  While with the Bison, she helped produce eight Patriot League titlists, more than 20 NCAA provisional cuts, and one NCAA qualifier.  Gaswint was mainly responsible for the breaststroke, butterfly, and IM groups during her time in Lewisburg, and was also the recruiting coordinator for the Bucknell women’s team.  During summer long course training, her athletes competed at some of the highest levels, including USA Swimming Nationals, Olympic Trials, and on the Pro Series.

Before joining Bucknell, Gaswint was an assistant coach at Mount Union University for two seasons, which included serving on the 2012 Ohio Athletic Conference Women’s Coaching Staff of the Year.  She also has served as a counselor at numerous summer camps, including at Texas A&M and the Naval Academy.

A four-year letter-winner and Academic All-Conference selection at the College of Wooster, Gaswint captained the Fighting Scots to a 10-1 record and third-place finish at the conference championships her senior year.  She graduated from Wooster in 2010 with a degree in mathematics, and is currently in progress to a Master’s of Sports Psychology from California (Pa.).

Jamie Lew was named an assistant coach as well.