Wild Speculation: Who Is Going to Replace Sue Novitsky at Illinois? 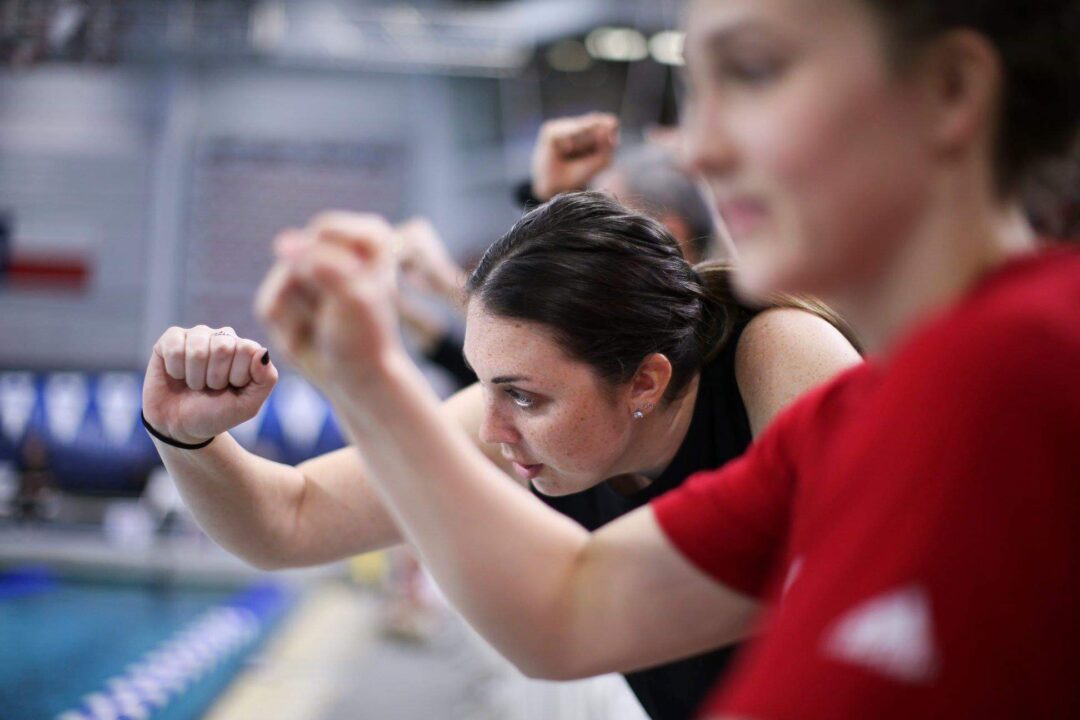 There is a head coaching opening in the Big Ten Conference, at the University of Illinois, and that means it’s time to wildly speculate on replacements.

The school has been at-or-near the bottom of the Big Ten standings for most of the last 30 years. The last time Illinois beat more than one team at the Big Ten Championships was 2012 (10th out of 12 teams), and the last time they beat 3-or-more Big Ten teams was 2002 (8th out of 11 teams).

While they haven’t had much recent Big Ten Championship success in the pool, this is still a well-paying job relative to most Division I single-gender programs. Sue Novitsky made $99,534 in 109, according to public record data. That is higher than most mid-major coaches make.

That makes this a fairly-interesting job, and could be an opportunity for either a Power 5 assistant to get their first head coaching gig or a mid-major head coach to climb the ladder into a bigger conference.

While not a bad salary for where Illinois sits in the world: there is a limit on the Power 5 assistant discussion. Top assistants at many programs are making 6 figures: Michigan’s top assistant Josh White, for example, is contracted for $130,000 this year. So, from the big programs, we might be looking at a lower-rung assistant coach.

So who could be a good fit here? In part, it depends on what happens with the USC job. If Trojan alumnus Ray Looze winds up in LA, which many suspect he might, that will set off a bit of a midwestern chain reaction – with Indiana likely to need to settle before Illinois can expect its full complement of candidates.

While Elliott McGill, the program’s long-time assistant, left college coaching after last season, the program brought in Kaitlyn Ferguson as an assistant. She has been climbing the coaching ladder, moving into the college world in 2017. She was the head assistant coach at Marshall for a year, spent three seasons as an assistant/recruiting coordinator at Penn, and now one season at Illinois.

It feels a year or two early for her to take over a Big Ten program, but it wouldn’t be an outlandish choice.

Rollins was previously an associate head coach of the men’s team at Ohio State. He might be waiting for a job to open at his alma mater Arizona, or some other sunnier pasture, but this is a chance to jump back into the Power 5 for him and continue his climb up the coaching ladder.

Bonewit-Cron has not been without critics for her style at Miami (OH), but her success is undeniable. The Miami women finished 3rd at the MAC Championships this season, while the Miami men have won two straight MAC titles.

She has definitely improved that program, and Illinois needs some fresh energy to really hit their potential. Bonewit-Cron has taken Miami to levels that they haven’t seen in a long time. She has some recruiting inroads in the Chicago suburbs, which would be crucial for rebuilding this program, with 6 current Illinoisians on her roster at Miami.

Whether Looze leaves Indiana or not, Eaton could be a logical fit for this job. She’s got midwestern roots (she swam in college at Grand Valley State and grew up in Michigan), and landed Indiana the #13 recruiting class in the class of 2021 last season.

When Eaton took that job at Indiana, she replaced Caitlin Hamilton, who left to take over as the head coach at Illinois State. Illinois State is only an hour away, so it would be an easy move. Hamilton has been at Illinois State for three seasons, and in February led the team to a 2nd-place finish at the Missouri Valley Conference Championships. That was two spots better than they were picked in the pre-season poll, and was their best finish since 2014.

Three seasons seems to be the minimum timeline before coaches are willing to make that jump, and Hamilton has both Illinois recruiting contacts and Big Ten experience.

To me, Hamilton probably makes the most sense right now, but I don’t think this is a job that happens in isolation – so once the dominoes start to fall, we’ll have a better guess.

After 8 seasons with the Texas women, Fink spent about a season back in the club world at the Austin Swim Club before leaving under a cloud of conflict with club ownership. He’s now on deck with the SMU men.

Fink was once one of the hottest names in coaching. He’s well-liked nationally, and it feels like he’s going to wind up in a collegiate head coaching gig somewhere. While there’s no real geographic logic, this somehow just feels like the kind of gig that could be a good fit for his next act.

So, the answer is none of the above.

HBC would do great things at Illinois with her binder of recycled Gregg Troy workouts that she got while she was at Florida. They’ve obviously worked during her time at Miami. Lots of potential hires in this though!

“Bonewit-Cron has not been without critics”

Understatement of the Century! Who has met someone with anything positive to say about this coach? The fact that you’re highlighting a 3rd place finish is a slap in the face to the RedHawk alumni who know the school and athletic department make Miami easily the most desirable place to swim in the MAC. The only thing holding them back is their Head Coach. It would be the best news in years for Miami, if Bonewit-Cron were to leave. For any reason!

You clearly haven’t talked to me. I have plenty of great things to say about HBC, as the parent of an athlete that swims for her.

Of course I haven’t. I do t anyone named redhawk mom. But share the goods redhawk mom!!

Roric Fink is the only coach of substance on this list. If he’s interested, in any job, he would be a home run hire. The rest of this list lacks the proven track record of success or polish that Roric has.

At some point, Rachel Stratton-Mills deserves a head coaching gig.

Did you see the ASU women at NCAAs this week?

They had a great season overall. 4 days shouldn’t depict an entire season of work. She deserves a shot

Except that’s the 4 most important days of the season.

The Athletic Director has been on a quest for several years to start a Mens Ice Hockey program and that was delayed by the pandemic. Along with football and basketball that is their 24/7 focus. It’s unfortunate as this is a talent rich state compared to their peers in the B10 to attract strong swimmers from.

Good news would be, if they are looking to add a men’s sport, probably makes it less likely they will drop a women’s sport.

The program is fully funded.

Exactly the situation. Current program doesn’t make waves and the AD is happy. Sounds a bit like the Pittsburgh situation. Bottom of the ACC each year, but the AD doesn’t care.

I believe they do not. There have been multiple swimmers over the past several years who signed but never appeared on the roster or competed for the school, but the spots on the team were never filled.

Too small time for Ron Aitken to get considered?

Why would he leave a team where he could have an individual Olympic champion in 2 years for a college program that is a huge rebuild?

He’s not going anywhere unless the job is better for his career than having Grimes on top of the Podium in Paris.

being good club coach has nothing to do with college, different worlds

Plus, It would be a big pay cut for some club coaches who work for bigger & successful club teams.