Whittle Wrangles Up Another British Junior Record, This Time 100 IM 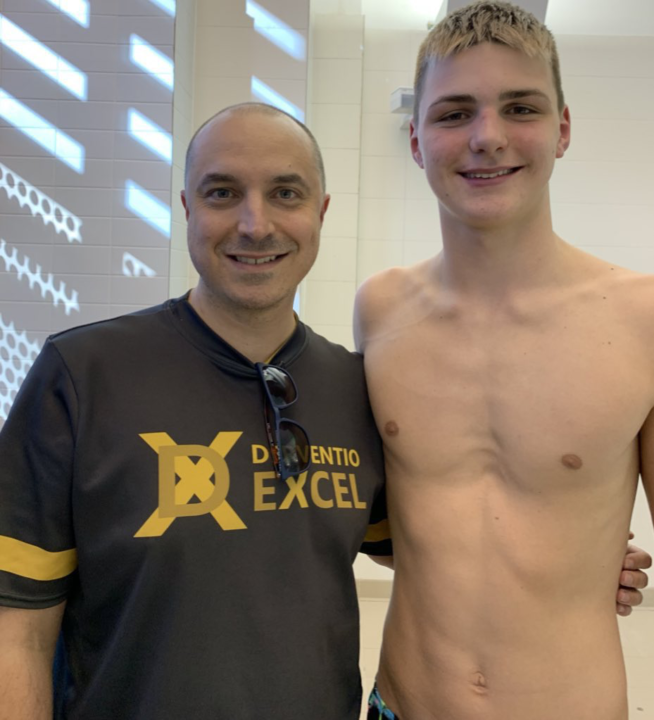 We recently reported how teen phenom Jacob Whittle, the fastest 14-year-old 100m freestyle ever worldwide, logged a new British Junior Record in the event as a 15-year-old.

Competing in the heats of the Swim England Winter Championships, Whittle logged a personal best of 49.05 to overtake Matt Richards‘ previous British Junior mark and make it into the final in Sheffield. Whittle wound up hitting 49.14, still an impressive feat for the young speedster.

However, Whittle wasn’t done, as the Derventio Excel club member crushed a new 100m IM British Junior Record mark before the 4-day meet was through.

After registering a morning swim of 57.46 to claim the 5th seed of the 18&U set, Whittle made his way to the wall in a much quicker 56.62 to take the bronze in the junior 100 IM final in Sheffield. That obliterated the teen’s personal best of 59.28 heading into this meet, a result he logged just last month at Midlands.

Whittle also raced the men’s 50m free where he notched a time of 22.88 to win the junior final. He was 22.82 in the morning, a time that falls less than .20 outside of Richards’ British Junior Age Record.