What to Watch For: United States at FINA Grand Prix Mission Viejo 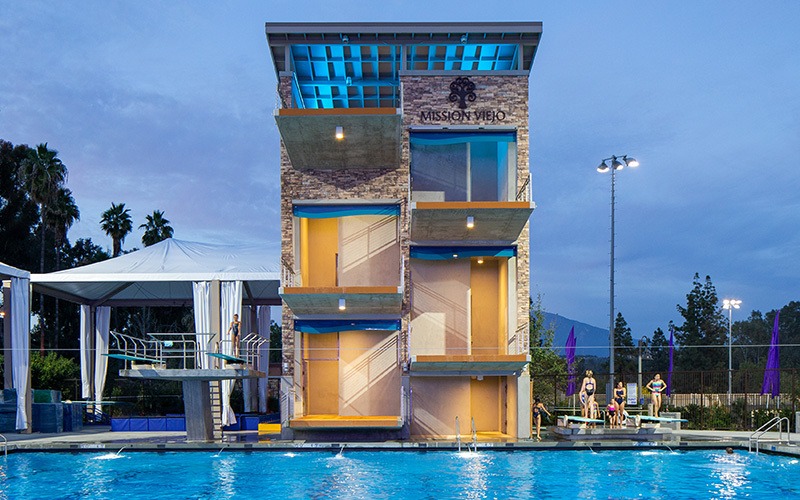 The FINA Diving Grand Prix will return to the United States for the first time in six years this week, April 11-14, 2019, at the newly renovated Marguerite Aquatics Center in Mission Viejo, California, with 25 countries competing in this week’s events. Current photo via USA Diving

All-state diver Alexa Walkovich has committed to dive at the University of Cincinnati in her home state of Ohio.

MISSION VIEJO, California – The FINA Diving Grand Prix will return to the United States for the first time in six years this week, April 11-14, 2019, at the newly renovated Marguerite Aquatics Center in Mission Viejo, California, with 25 countries competing in this week’s events.

General All Session tickets are $60, while All Session tickets for fans under 12, seniors and military are $40. Single-day tickets are $20 for the general public. Fans under 12, seniors and military can purchase daily tickets for $10. Fans can purchase tickets online or at the Marguerite Aquatics Center. Parking for the Grand Prix can be found on Marguerite Parkway and concessions will be available on site.

Parratto and Young, who both dove in last summer’s 2018 FINA Diving World Cup in Wuhan, China, will contend in the women’s platform synchro. Parratto will team up with World Cup synchro partner Tarrin Gilliland (Midland, Texas), who is also competing in the women’s platform. Young will partner with World Cup teammate Samantha “Murphy” Bromberg (Bexley, Ohio/Austin, Texas), just months after winning gold medals in the women’s platform synchro at the 2018 USA Diving Winter Trials. The Washington state native will also compete with Tyler Downs (Ballwin, Ohio) in the mixed platform, who she competed with at the FINA Diving World Series in Beijing, China last month.

Southern California natives Mark Anderson (Lake Forest, Calif./Austin, Texas), Brandon Loschiavo (Huntington Beach, Calif./West Lafayette, Ind.), Sophie McAfee (San Marino, Calif.) and Olivia Rosendahl (Los Angeles, Calif./Evanston, Ill.) will all dive for the Stars and Stripes at the United States FINA Diving Grand Prix this week. Anderson will compete in the men’s 3-meter event, as well as in the men’s 3-meter synchro with Jordan Windle (Fort Lauderdale, Fla./Austin, Texas). Loschiavo will contend in both the men’s platform and the men’s platform synchro with Windle, while McAfee will dive in the mixed platform synchro. Rosendahl will represent the Red, White and Blue in the women’s platform.

The Stars and Stripes will also have two-time 2018 Junior World Championship silver medalist Hailey Hernandez (Southlake, Texas) dive in this week’s Grand Prix. The 16-year old Texas native will compete in the women’s 3-meter. Downs, who also picked up a silver medal at last summer’s Junior World Championships will compete in the men’s platform, the men’s platform synchro with Jordan Rzepka (Solon, Ohio) and the mixed platform synchro with Young.