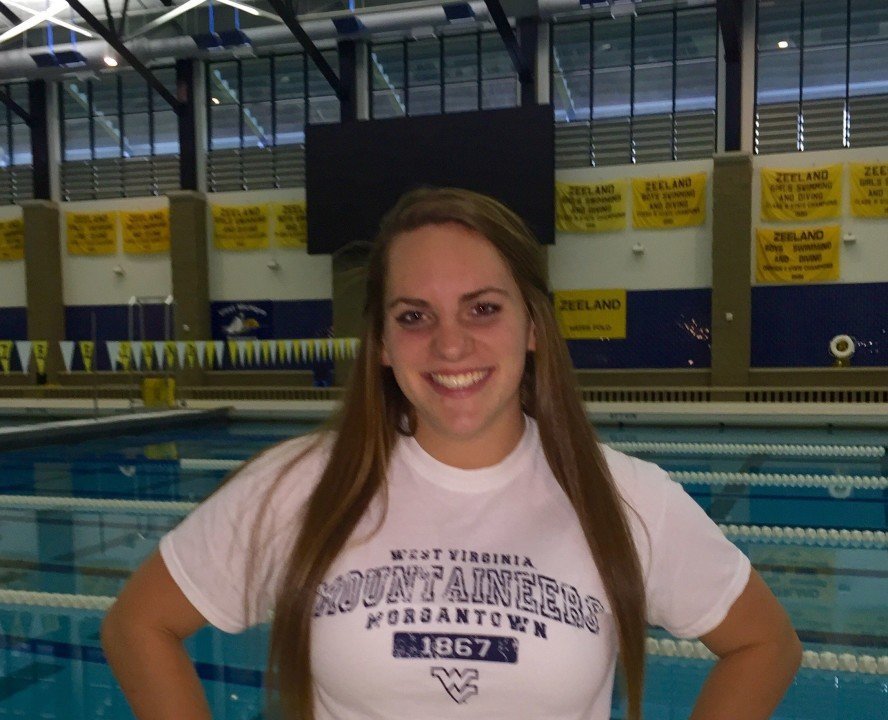 The West Virginia Mountaineers have landed a big fish in Morgan Bullock.  The Zeeland, Michigan standout shows great versatility and will fill important positions in the WVU roster as soon as she steps on campus.

Morgan was the runner up at the 2014 MHSAA Girls Division 1 Championship in both the 200 IM and 100 fly while representing Zeeland High School.  She also contributed to a fourth place finish in the 200 Medley and 5th place in the 400 freestyle relays, leading off both with splits of 26.69 for the 50 back and 51.07 for the 100 freestyle.  She has also competed at USA Swimming Junior Nationals and made multiple A-finals at the 2015 Indianapolis Long Course Sectional meet.

Morgan’s best times in the 100 fly, 200 IM and 400 IM would have already placed her in the A-final of last year’s Big 12 meet, and her IM’s would have been the top WVU finisher.  Her three best events are also within striking range of the NCAA B cut, and her strong fly and freestyle will most likely allow her to contribute to relays as well.

“I picked WVU because as soon as I was with the team I felt like I belonged!  The campus is beautiful!  I can’t wait to be there next year!”

Morgan has a sister, Jordan Bullock, who was a three event A-finalist at the MAC Championship last season for Bowling Green University in Ohio.  She also has a prior connection to WVU through Zeeland High School teammate Julia Calcut, who is already on the diving roster for the Mountaineers.