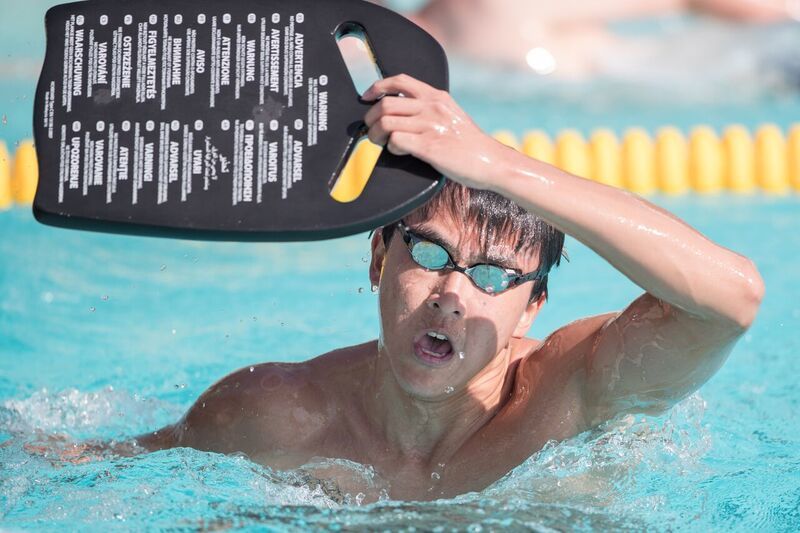 The 2019 Southeast Asian (SEA) Games kicked off in style today, Wednesday, December 4th in New Clark City, Philippines. Charging to the top of the swimming medal table with 6 medals in total, 4 of them gold, was the nation of Singapore.

Accounting for each of the 4 gold medals was a Quah sibling, as their Singaporean force was felt throughout day 1 finals, with Quah Jing Wen, Quah Ting Wen, and Quah Zheng Wen all reaping a top prize, the latter of whom was also successful in the men’s 4x200m free relay.

Of note, Olympic champion in the 100m fly, Joseph Schooling, was also a member of that 800m free relay.

Below is the overall swimming medal tally through day 1, while the videos following highlight each of the Quah sibling’s swims, including the 53.79 100m backstroke meet record from Zheng Wen, a time that qualifes the Cal Bear for the 2020 Olympic Games.

Fyi, in the Men’s 800m fr Relay, the fastest split time by the winning team/SG was by Darren Chua @ 1:48.32. By Meet Mobile App. Good morning SwimSwam.

Has anyone seen that two handed pull into a flip turn before?

If they have another brother in the family who’s a breastroker, they could form a mixed medley relay..