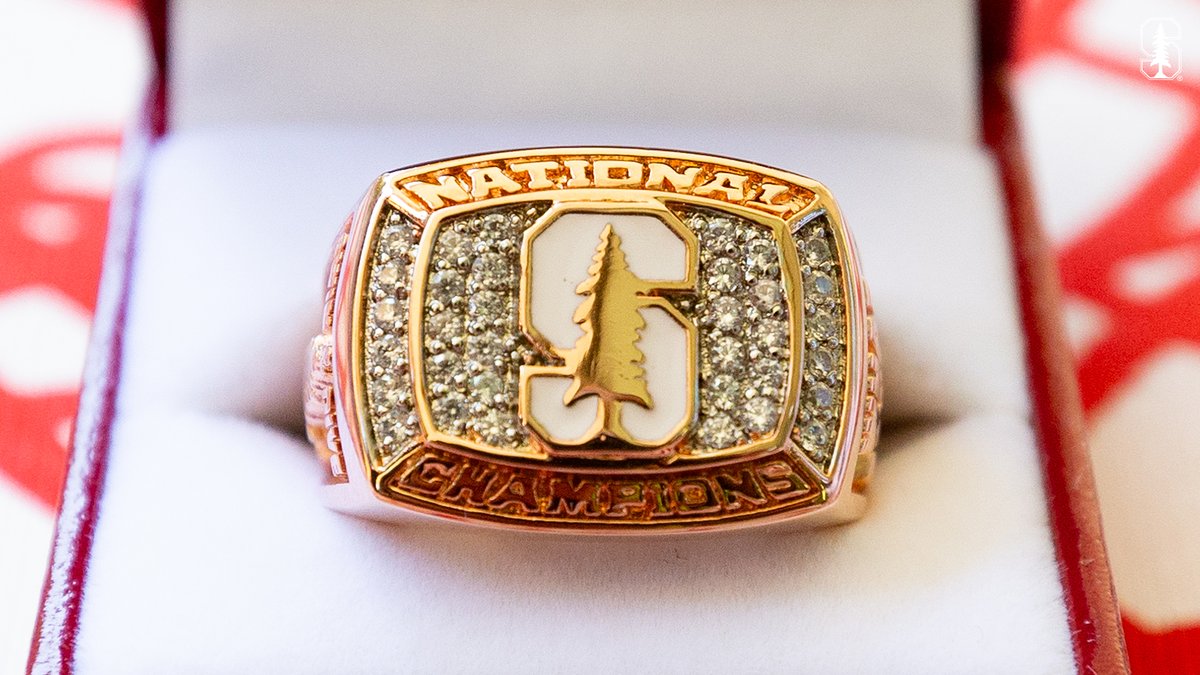 At the 2019 NCAA Division I women’s swimming & diving championships, Stanford became the first women’s team since Auburn from... Current photo via Stanford Athletics

At the 2019 NCAA Division I women’s swimming & diving championships, Stanford became the first women’s team since Auburn from 2002-2004 to three-peat national titles at collegiate swimming’s top level. They celebrated their successes this week when they received their 2019 NCAA National Championship rings.

This year’s rings were more of a rose gold color and had a band look – giving each of the rings in the 3-year run a very different look and feel.

The Cal Golden Bears, who won the men’s NCAA Championship, are expecting to receive their rings this fall.

As an athletics department, Stanford won 6 NCAA team titles this season: women’s volleyball, women’s swimming & diving, men’s gymnastics, women’s water polo, women’s tennis, and men’s golf. Only once in history has a school won 6 NCAA titles in an academic year: Stanford in 1996/1997. That season didn’t include any swimming & diving titles: both Stanford teams were national runners-up in 1997.

See a collection of social media photos and videos of the new hardware below.

In case you didn’t know, we got our rings today 💍💍💍

These moments never get old. #GoStanford