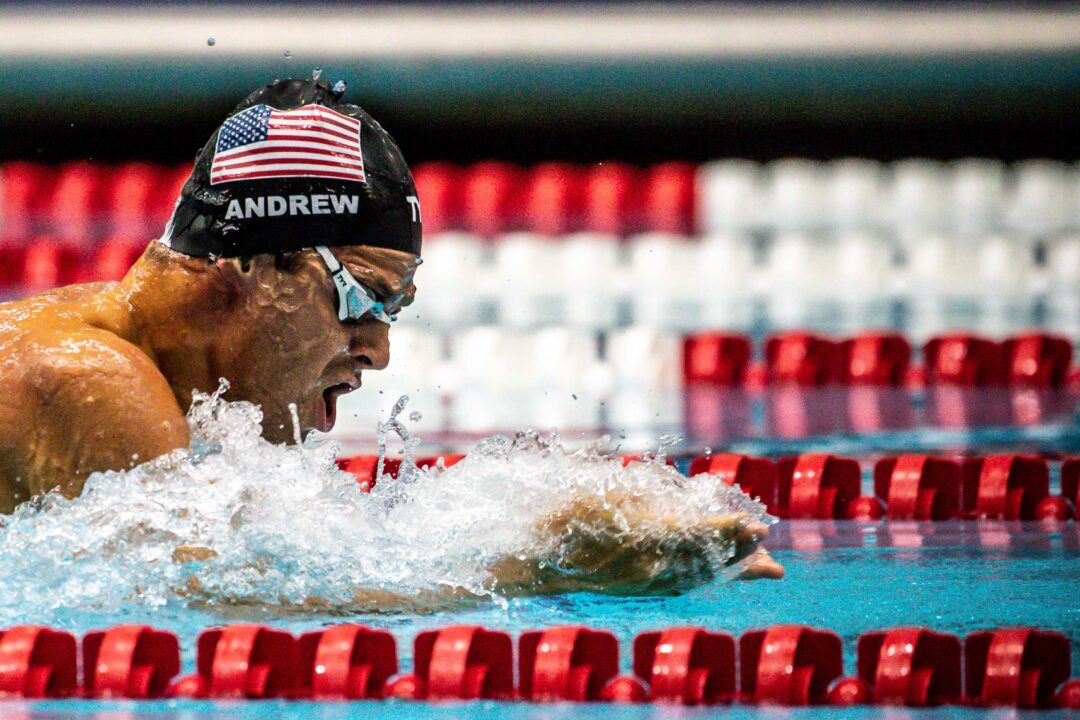 American Michael Andrew reeled off the two fastest 100 breaststrokes of his career on Thursday at the Pro Swim Series in Indianapolis, breaking the U.S. Open Record in the final in a time of 58.67.

You can watch Andrew’s race, courtesy of USA Swimming on Twitter, below:

In the prelims, Andrew broke 59 seconds for the first time in 58.82, taking down Adam Peaty‘s Pro Swim Series Record of 58.86 in the process. You can watch that race below:

For his efforts, Andrew is now the second-fastest American ever, and the fourth-fastest swimmer in the world this season. He also shoots up into a tie for 11th all-time in the event.

awesome swim. He looks nice and high in the water. I’m always amused at the many variations of breaststroke. MA’s kick is pretty wide compared to some other breaststrokers…it’s working for him. Would like to see him get down to 58 low at trials and Olympics.

Have you ever seen his stroke look better? He looks longer than I remember. Great DPS. And, BTW – jammed both his turn and his finish. I think he easily had a 58.4 in him last night if he had just hit his walls better. Exciting stuff for MA and Team USA

What I liked most about this race was that MA’s distance per stroke was amazing. This bodes very well for his 200 IM, he’ll able to throw down a 32 high split super efficiently and hopefully have something left in the tank for the last 50 lol.

Yes on DPS! It’s not rushed. It looks like he could turn that into a nice 2breast actually if had a bigger training base.