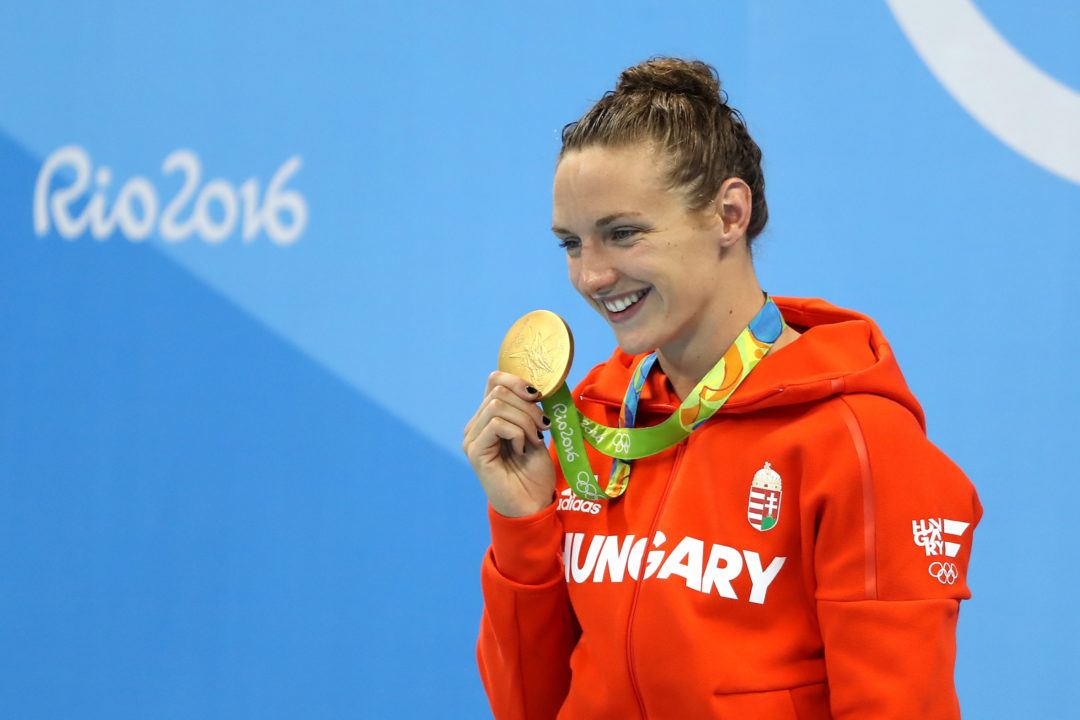 Hosszu's performances in the IM races were arguably her most impressive, as she went undefeated in the 100 IM, 200 IM, and 400 IM across all 9 stops of the World Cup. Archive photo via Simone Castrovillari

Hungarian iron lady Katinka Hosszu was without a doubt the most dominant swimmer of the 2016 FINA World Cup Series. Hosszu showcased her versatility throughout the series, collecting gold medals ina range of events that included IM, butterfly, backstroke, sprint free, middle distance free, and distance free. Her performances in the IM races were arguably the most impressive, as she went undefeated in the 100 IM, 200 IM, and 400 IM across all 9 stops of the World Cup.

Hosszu was the clear winner of the World Cup title, giving her a 6th straight World Cup Series victory. At the end of the series, Hosszu had earned a grand total of $386,000, more than any other swimmer on the men’s or women’s sides. That was over $60k more than what she earned during the 2015 World Cup Series, and just shy of the $389k she earned in 2014.

Check out the sprint butterfly World Cup action below, where we’ve included all of Hosszu’s 100 IM, 200 IM, and 400 IM victories that have been posted to FINA’s YouTube channel.