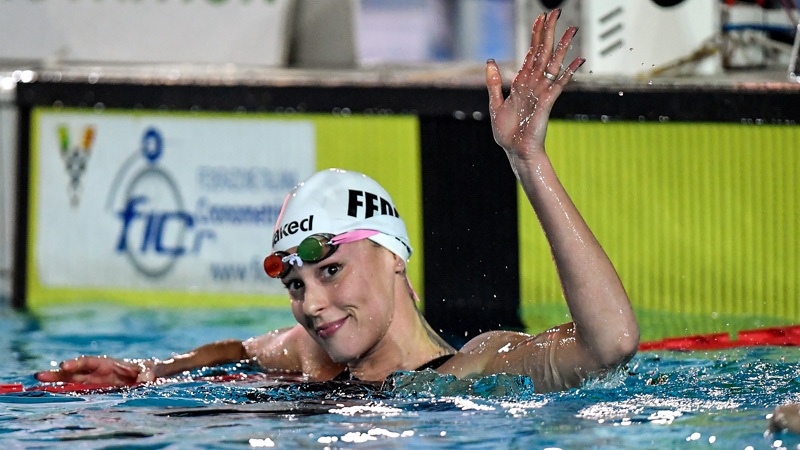 Federica Pellegrini time-trialled one of the fastest 100 frees of her career on Tuesday, clocking 53.6 as she replaces the cancelled Olympic Trials. Current photo via Andrea Staccioli / Deepbluemedia / Insidefoto

With virtually every championship or trials meet originally scheduled for the next month or so cancelled, we’ve seen a few different clubs and teams run time trials to take advantage of their form and post some fast times.

Four-time Italian Olympian Federica Pellegrini did just that on Tuesday, racing the 100 freestyle (LCM) in a time of 53.6.

After the race, Pellegrini pointed out that the athletes of national interest should train. “It’s our job,” she said. She also added that they’re running these time trials to test her preparation and that she’ll race the 200 free on Thursday.

The Italian Olympic Trials, which were scheduled to run March 17-21, were officially cancelled on March 9th.

If official, the time would’ve slotted her into 13th in the world this season. 53.6 is also dead-on the Italian imposed Olympic qualification standard for the women’s 100 free. At the first opportunity for Italian swimmers to qualify in December, Pellegrini clocked 53.95 in this race.

You can watch Pellegrini’s race video below. One of the athletes racing next to her is Lorenzo Glessi.

Illegal time. Swum with guys. Perfect rabbits for her pace. Good but not as impressive as if done next to a top 20 woman.

Totally agree. Impressive but pulled along

The time is impressive but video isn’t. I mean the camerawork makes it looking slow. Just recently my son sent me a video of him down skiing the black diamond trail. The video was made by iPhone With such a video camera it looks like a bunny hill.

See how hard it is to make swimming look exciting for the general public?? If you Yozhik, an avid swim fan thought that was ‘boring’, imagine everybody else.

And Federica, hang tight and be patient, I’m sure you’ll do amazing anytime you suit up and race. DIVA!

well thats a meaningless time, when she clearly had guys next to her to draft on. she might be able to swim a 53.6 or a 54.9 or anything in between rn. weird why they would do that