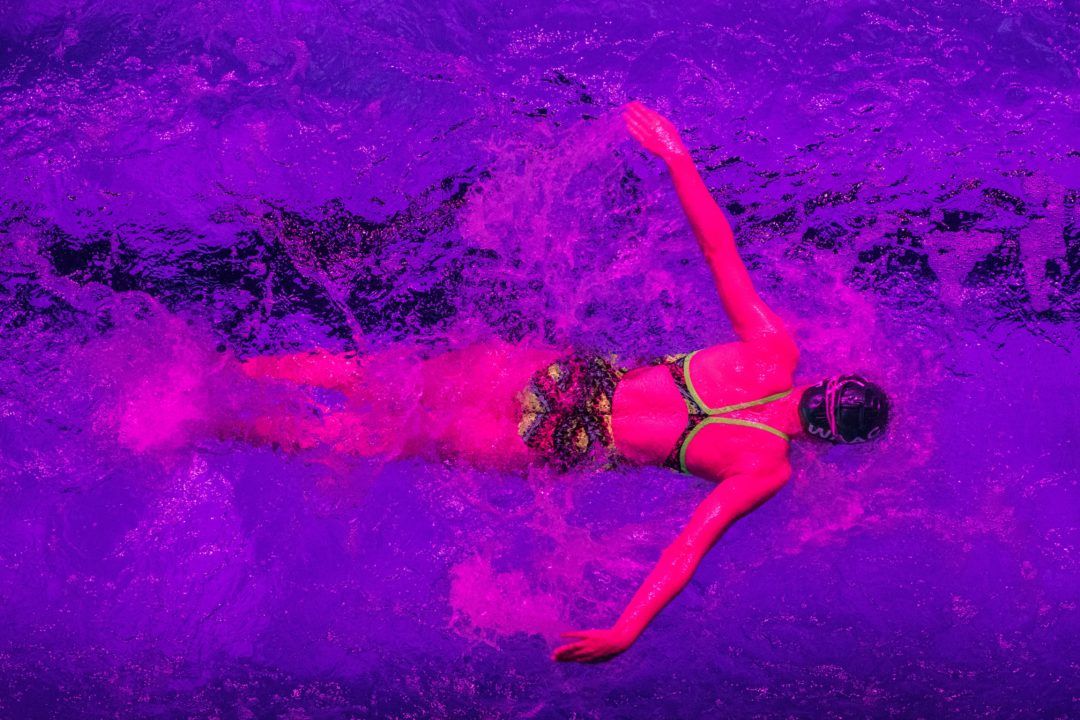 Swimming on Sunday at the Star Aquatics Long Days of Summer Quad meet, 12-year old Claire Curzan clocked a 27.91 in the 50 long course meter butterfly. That broke Ella Marlow’s 2015 record of 28.07 and made Curzan the youngest swimmer ever under 28 seconds in this race.

When Curzan ages up into the 13-14 age group, which will be in about 6 weeks, she will age out of a group where 50 meter stroke age group records are kept. Unofficially, though, the fastest time by an American 13-year old in the event is a 27.42 done by future World Record holder Dana Vollmer at the 2001 Goodwill Games. Curzan is already faster than all other 13-year olds besides Vollmer, according to USA Swimming’s time databases. The fastest 14-year old on record is Whitney Hamilton, who in 2015 swam 27.01 for the Virginia Gators in this event.

She turns 13 (end of June) before her next taper meet (July). Hopefully she can get the 109 fly record before then.

Impressive performance. By comparison French 50 fly NAG record for 12-year old girls is 29.98.
Weird that at the same meet Claire swam in the 100 fly more than 3 seconds off her best time from one year ago. Sometimes swimming is not very logical.

You’re probably right. Anyway she will destroy that 100 fly PB later in the season and will go closer and closer to the minute barrier.

She wasnt going after the 50 in the 100. She was making small changes in her stroke. She went after the 50 the next day.

Incredible swim! Looking forward to her future accomplishments.
Interesting that she was so fast in her stroke and didn’t get the record by underwater dolphin kicking her way through most of the race.