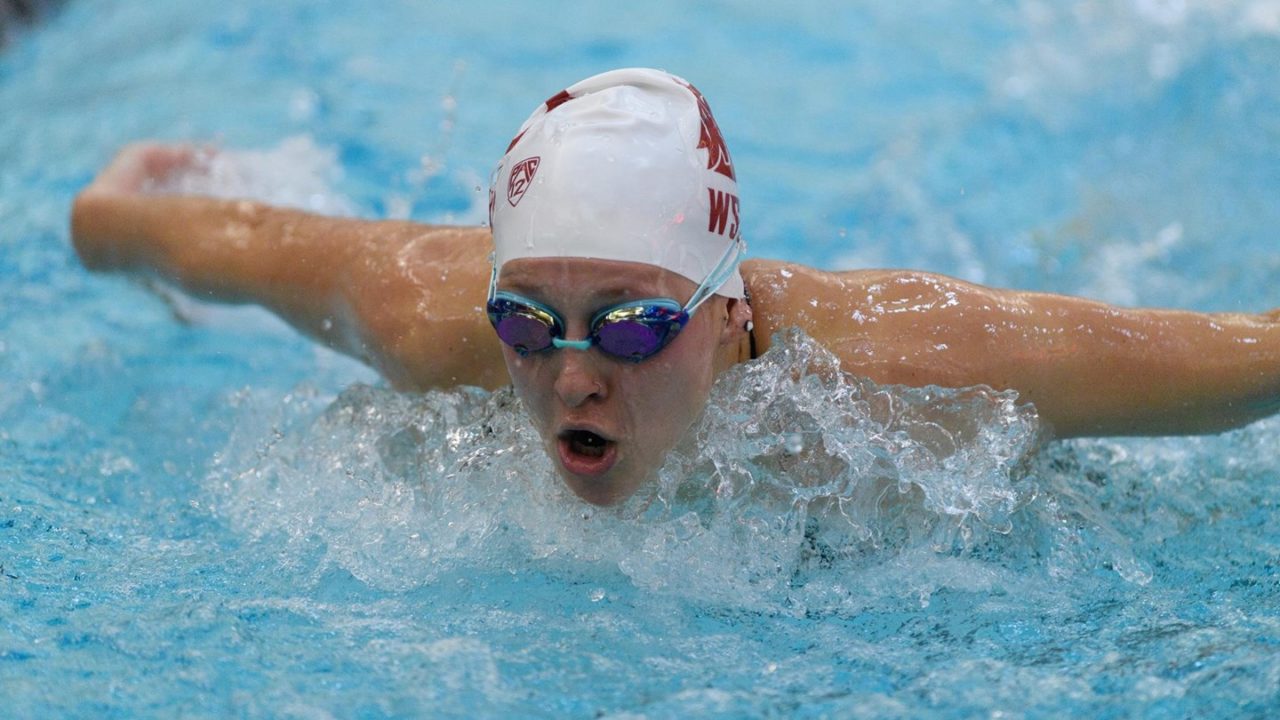 SWIMMING OPENS 2019-20 SEASON
Washington State opens the season hosting a relay meet against Nevada, San Diego State and Idaho, Friday at 5 p.m. The Cougars will wrap up opening weekend with a dual meet against Nevada, Saturday at 11 a.m. at Gibb Pool in Pullman. Both meets will be web streamed on wsucougars.com.

ON DECK
WSU will travel to Fresno, Calif. to compete in the Chick-Fil-A Invitational Oct 11-12.

ABOUT THE OPPONENTS
The Cougars will meet San Diego State and Nevada for the second straight season after all three teams in San Diego, where SDSU claimed the victory. WSU will also face Idaho for the 27th time in program history, with the Cougars claiming a 20-point victory over in Moscow last October.

LAST SEASON IN THE POOL
The Cougars for the first time in nine years was able to send an individual to the NCAA Championships last season, then-sophomore Mackenzie Duarte competed in the 100 and 200 breast events. WSU finished eighth at both the 2019 National Invitational Championship and the Pac-12 Championships. The Cougars ended the season with 63 life-time best performances including 35 WSU Top-10 times. Then-sophomore Taylor McCoy led WSU with 14 individual wins, the most since the 2012-13 season, while then-freshmen Keiana Fountaine added 12 individual wins and was a part of nine winning relays.